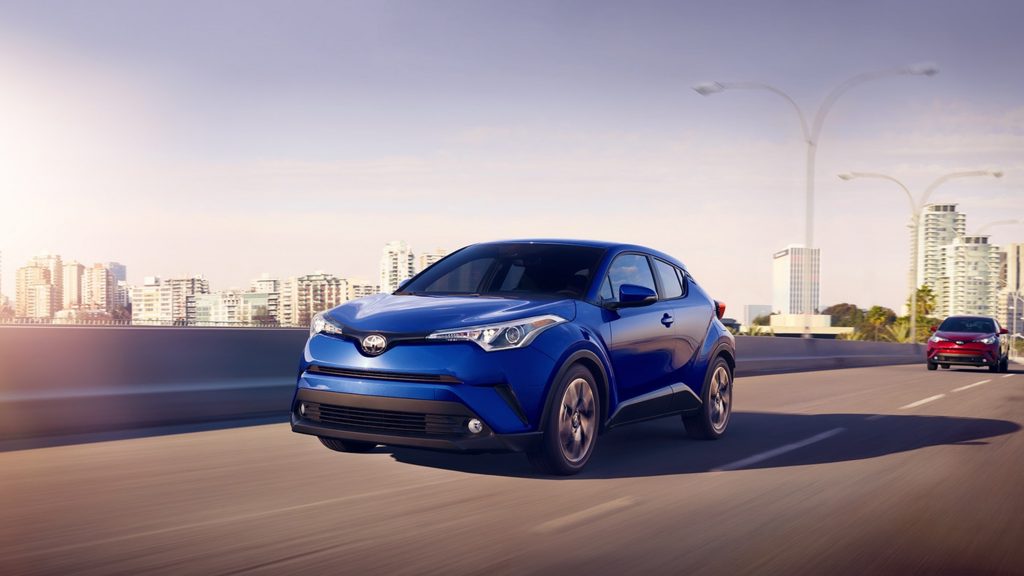 Toyota became the world’s largest automaker by building cars that were long on sensibility but short on beauty.

With the exception of the 2000GT, the FJ40 and maybe the MR2, the Japanese giant has never been known for making machines that excite the soul.

Instead, it has concentrated on practical people movers that run right, run long and never fail.

Toyota’s new C-HR is a very good addition to the legacy of Corollas, Camrys, RAV4s and Prius. It’s frugal and fun to drive.

The C-HR — the name stands for Coupe High-Rider, Toyota says — is a four-door, five-seat cute-utility vehicle, described as either a compact or subcompact SUV.

Powered by an efficient two-liter, four-cylinder gasoline engine, it offers 144 horsepower and 139 pound-feet of torque, applied to the front wheels by Toyota’s CVT automatic transmission.

Those aren’t big numbers, but this is not a big car. Riding on 18-inch wheels, it’s light on its feet and light on the scales, weighing in at 3,300 pounds.

The car has sporty lines, including a sharp downward swoop behind the rear doors and muscular, flared wheel wells.

It comes standard with three drive modes. I found Sport not terribly sportier than Normal, and Eco not terribly less so. So I stayed in Sport for most of the drive, making the most of the little engine by using the manual “stick shift” option.

At times, the car felt like it needed a few more hamsters on the wheel. But the C-HR proved adequate for the hills of Silver Lake and for repeated runs up and down the Hollywood Freeway.

But it’s more of a city slicker than a freeway flier. Though the CVT allowed the engine to hit 70 mph while spinning at barely above 2,000 rpm, I found the size and weight of the car, on the standard tires and suspension, didn’t inspire the confidence required to stay at passing speeds very long.

The C-HR comes standard as the XLE and in a more luxurious trim line, the XLE Premium. Though both models share the powertrain and include a suite of safety systems — such as lane departure warning, pre-collision sensing and pedestrian alerts — blind spot monitoring and rear cross traffic alert come only on the higher trim.

The base model is pretty basic.

The driver cockpit is appropriately minimalist. The dash and center console are made of practical, easy-to-clean plastic. The rear-view backup camera is not a screen but a window in the rear-view mirror. There is no navigation screen. There is no Sirius XM. Neither is available as an option.

The rear seating section is also very spare. The three back-seat passengers will need to be small ones, as the car offers limited head, leg and side-to-side room. There are no amenities back there either, save a cup holder. Don’t look for ports for your devices.

But those rear seats fold down and offer about 40 cubic feet of cargo space. That’s room enough for your golf bag, and underneath, the C-HR offers an actual spare tire, with the actual tools to change it.

The model I drove also had a roof rack suitable for carrying a surfboard, skis or snowboard. (That’s a $299 option.)

Toyota reported that nearly 15,000 C-HRs had been sold in the U.S. from the time of the vehicle’s debut in April through the end of September — below sales numbers for the comparable Honda HR-V, and dwarfed by Toyota’s own RAV4.

If you’ve suffered as I have, and been forced to drive pricier SUVs like the Porsche Cayenne or Jaguar F-Pace, you may unfairly find the C-HR lacking some niceties.

But if you’re a starting-out car buyer, shopping for a smaller RAV4 or perfectly serviceable alternative to the Honda HR-V or Mazda CX-3, the C-HR is a lot of car for the money and could be a smart choice.