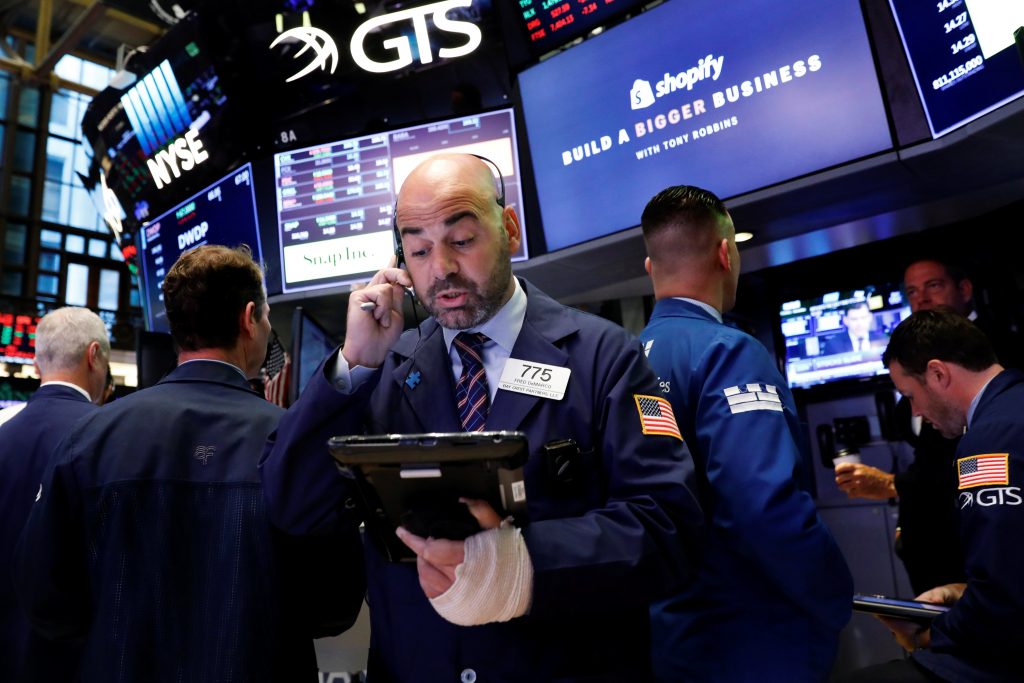 Global stock indexes and the U.S. dollar cooled off Friday as signs that U.S. tax reform could be delayed impeded the market’s momentum.

The MSCI world index surged more than 20 percent so far this year, and some investors believe a pullback is due.

“The pause that the market is currently in is directly related to what’s going on from a tax standpoint,” said Jim McDonald, chief investment strategist for Northern Trust Corp.

Adding insult to injury, the pullback in stocks as well as softness in high-yield “junk” bonds this week did little to support traditional safe havens.

Meanwhile, German government bond yields climbed to their highest in over a week as euro zone bonds were sold across the board for a second consecutive day. The yield on Germany’s benchmark 10-year government bond hit 0.40 percent for the first time since Oct. 27.

Spot gold dropped 0.7 percent to $1,275.61 an ounce. Gold pays no interest, so demand for it wanes when bonds offer higher yields.

Citigroup Inc equity trading strategist Alex Altmann said it is rare for government bonds and equities to be hit at the same time.

“It’s a classic hallmark of momentum strategies unwinding,” he said, referring to a investment strategy that favors buying recent winners and selling losers. “We may not get that calm ride into the end of the year.”

Republican senators said they wanted to slash the corporate tax rate in 2019, later than the House’s proposed schedule of 2018, complicating a push for the biggest overhaul of U.S. tax law since the 1980s.

The House was set to vote on its measure next week. But the Senate’s timetable was less clear.

“I would say a compromise will be reached,” said Hirokazu Kabeya, chief global strategist at Daiwa Securities. “But if they indeed decide to delay the tax cut by a year, there is likely to be some disappointment.”

Wall Street retreated a bit on concern over delays in corporate tax cuts, which would hike profits, though a rise in some media and industrial stocks limited the slide.

The pan-European STOXX 600 index suffered its worst week in three months, down 0.4 percent on Friday and falling for a fourth day in a row.

“There’s a feeling out there that there’s a long-awaited correction, and no one wants to be caught by surprise,” said Emmanuel Cau, global equity strategist at JPMorgan Chase & Co.

Crude was down as expectations the Organization of the Petroleum Exporting Countries and other producers will extend their production-cut agreement were offset by U.S. drillers adding the most oil rigs in a week since June, indicating output will continue to grow.

Bitcoin dropped below $7,000 on Friday to trade more than $1,000 down from an all-time high hit on Wednesday, as some traders dumped it for a clone called Bitcoin Cash.