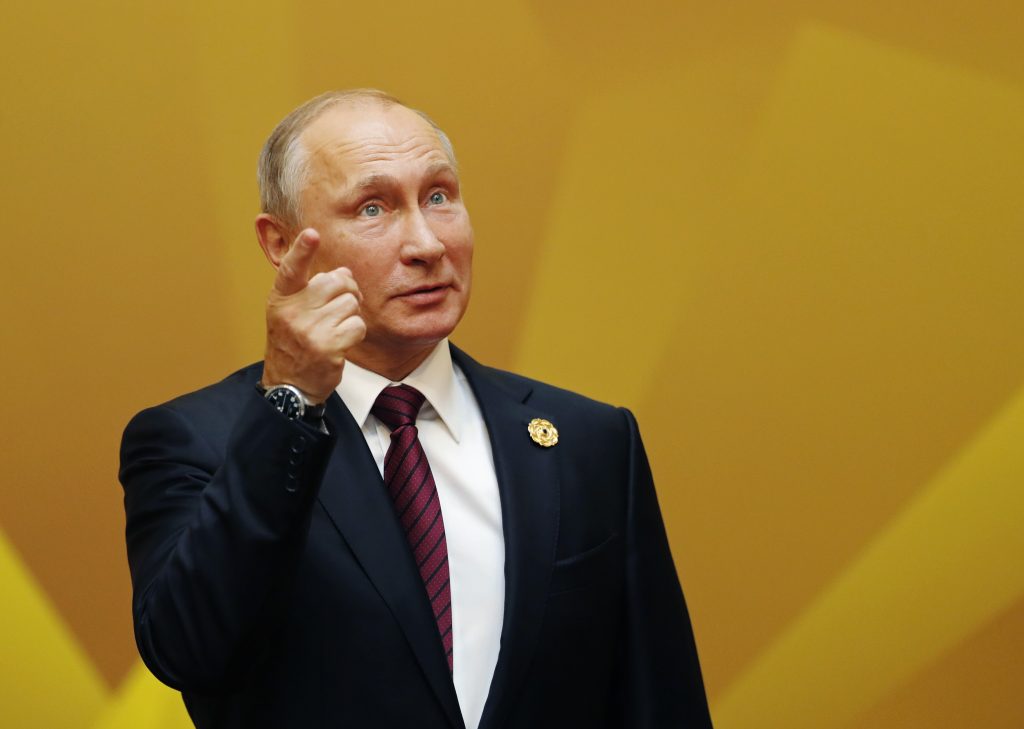 President Vladimir Putin is promising that Russia will retaliate for what he calls attacks on Russian media in the United States.

Putin’s comments at a news conference Saturday in Vietnam follow complaints by the Kremlin-funded RT satellite TV channel that the U.S. Justice Department has ordered it to register as a foreign agent by Monday.

Putin says “attacking our media in the United States is an attack on freedom of speech, without any doubt,” and promised to retaliate.

RT editor-in-chief Margarita Simonyan said the station would register, since otherwise its American director could be arrested and its accounts frozen. She says “we categorically disagree with this requirement” and vowed to sue. She says “this requirement is discriminatory, it contradicts both the principles of democracy and freedom of speech.”