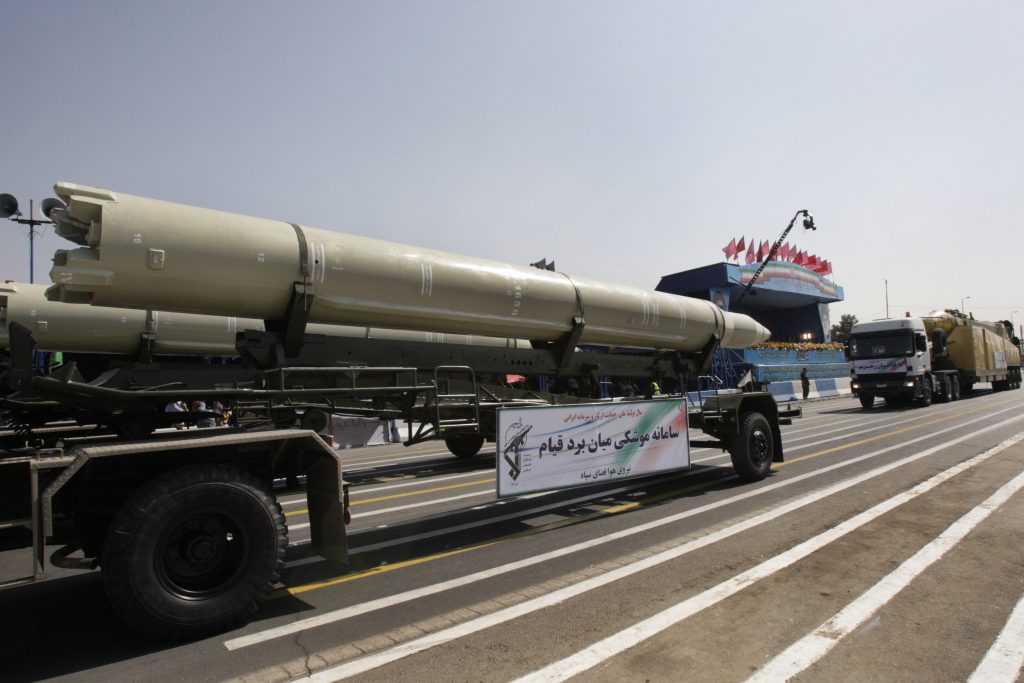 Both Saudi Arabia and the U.S. now accuse Iran of supplying ballistic missiles to Shiite rebels in Yemen, including one that targeted the kingdom’s capital of Riyadh and its international airport.

Here’s what is known:

WHERE IS YEMEN AND WHO IS FIGHTING THERE?

Yemen, the Arab world’s poorest country, sits on the southern tip of the Arabian Peninsula, bordering Saudi Arabia and Oman. It looks out onto the Gulf of Aden and the Red Sea. Shiite rebels known as Houthis seized the capital, Sanaa, in September 2014. A Saudi-led coalition began battling the Houthis and their allies in September 2015 on behalf of Yemen’s internationally recognized government. The war has killed more than 10,000 civilians and pushed millions of Yemenis to the brink of famine.

WHAT EVIDENCE DOES THE U.S. POINT TO THAT IRAN OFFERED THE MISSILES?

A top U.S. Air Force general in the Mideast on Friday alleged that missiles fired by the Houthis bore “Iranian markings,” without elaborating or offering pictures. Saudi Arabia’s Ministry of Culture and Information later sent military briefing material to The Associated Press showing what they allege to be part of a Houthi Burkan, or “Volcano,” ballistic missile. Writing on the side matched an image of an Iranian Qiam missile. The markings on the alleged Houthi missile also largely matched an AP photograph of a Qiam missile on display in Iran on Sept. 21, 2012, areas of which read “CLAMP HERE” and “SUPPORT HERE.” Another image offered by the Saudis showed the base of the rocket, which resembled that of the Qiam.

The U.S. Air Force’s Central Command on Saturday declined to discuss the Saudi military briefing papers, though the image of part of the Burkan bore U.S. declassification codes.

WHAT DOES IRAN SAY?

Iran long has denied offering any arms to the Houthis. It has yet to specifically respond to the U.S. general’s comments. However, Mehdi Taeb, an influential hard-line cleric who is a brother to the intelligence chief of the hard-line Revolutionary Guard, said in April that Iran tried three times to send missiles to Yemen. The Guard, answerable only to Supreme Leader Ayatollah Ali Khamenei, oversees Iran’s missile program.

HAS IRAN BEEN ACCUSED OF SENDING ANYTHING ELSE TO YEMEN?

The U.S. Navy’s 5th Fleet, based in Bahrain, repeatedly has accused Iran of running armaments into Yemen. It points to seizures over a four-week period in early 2016, when coalition warships stopped three dhows, traditional ships that ferry cargo through the Persian Gulf. The dhows carried thousands of Kalashnikov assault rifles, as well as sniper rifles, machine guns, rocket-propelled grenade launchers, anti-tank missiles and other weapons.

One dhow carried 2,000 new assault rifles with serial numbers in sequential order, suggesting they came from a national stockpile, according to the London-based group Conflict Armament Research. The rocket-propelled grenade launchers also bore hallmarks of being manufactured in Iran, the group said.

Conflict Armament Research, with the permission of the United Arab Emirates’ elite Presidential Guard, also examined seized drones used by the Houthis and their allies to crash into Patriot missile batteries in Saudi Arabia. Destroying Patriot missile batteries allows the rebels to fire missiles into Saudi Arabia without interference, and costs the kingdom millions of dollars to repair and replace.

While the Houthis say they manufacture the drones themselves, the research group said the drones share “near-identical design and construction characteristics” of Iranian drones.

HOW WOULD IRAN GET THE MISSILES INTO YEMEN?

Saudi military briefing material sent to the AP alleged Iran smuggled weapons into Yemen by boat and truck. The material offered one set of images showing a truck with a false bottom that the Saudis said ferried weapons into the country.

There haven’t been any major seizures of arms on the seas since 2016 and the Saudi-led coalition announced it would blockade the country’s airspace and ports over the Nov. 4 missile attack on Riyadh. But a U.S. defense official, who spoke to the AP on condition of anonymity to discuss intelligence matters, said American forces believed some weapons and materials being used by the Houthis came from Iran or with the help of Iranian-backed groups.

“It’s a difficult problem and we’re convinced it’s still occurring,” the official said. “Weapons that were not in the arsenal of Yemen before the civil war continue to show up there.”

The U.S. already is involved in the war in Yemen. It has launched drone strikes targeting the local branch of al-Qaida and a January raid that killed a U.S. Navy SEAL and 30 other people, including women, children and an estimated 14 militants.

The U.S. military has stopped offering targeting information to the Saudi-led coalition as its airstrikes have hit schools, hospitals and markets, killing thousands of civilians and prompting rights groups to accuse the coalition of committing war crimes. The Air Force refuels Saudi coalition warplanes in the Yemen theater and offers support in managing airspace over the country. The Saudi-led coalition also uses American-made bombs and ordinance in its attacks.

The U.S. has come under attack once amid the Yemen war. In October 2016, the U.S. Navy said the USS Mason came under fire from two missiles launched out of Yemen that were Silkworm variants, a type of coastal defense cruise missile that Iran has been known to use. Neither reached the warship, though the U.S. retaliated with Tomahawk cruise missile strikes on three coastal radar sites in Houthi-controlled territory on Yemen’s Red Sea coast.