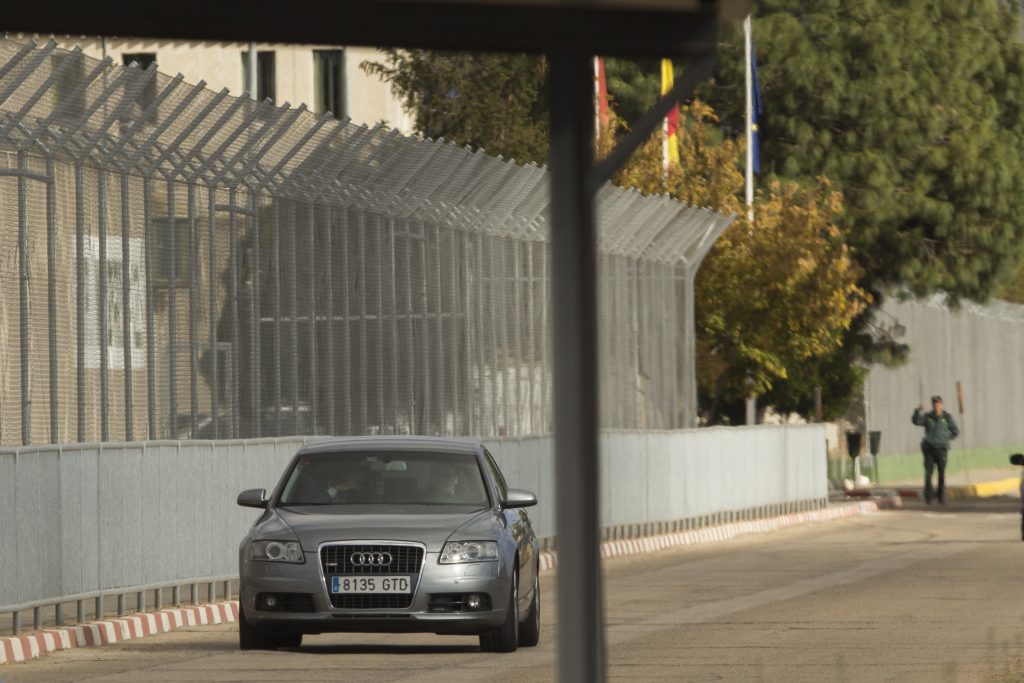 A top Catalan lawmaker on Friday left a Madrid jail where she spent the night after posting the bail a Spanish judge imposed as part of a wide-ranging rebellion investigation stemming from Catalonia’s declaration of independence.

Spain’s Supreme Court said the judge who jailed and set bail Thursday for Catalonia Parliament speaker Carme Forcadell, freed her after the €150,000 ($175,000) bond was registered.

As conditions of Forcadell’s release, the judge withdrew her passport and ordered her to stay in Spain, to check in at a court in Catalonia every week and to return before the Supreme Court if summoned.

The lawmaker left the prison in a car without speaking to reporters.

“We’re going back home,” she tweeted later. “With an easy conscience for having acted correctly: to guarantee freedom of expression in (the Catalan) Parliament, headquarters of the national sovereignty.”

Forcadell and five other Catalan lawmakers are being investigated for the actions that led to the regional Parliament’s Oct. 27 vote to declare independence from Spain.

After questioning the lawmakers, magistrate Pablo Llarena jailed only Forcadell immediately. He ordered four to pay €25,000 ($29,000) bail in one week to remain out of custody and released another who opposed the declaration of Catalonia as a separate republic.

In his ruling, Llarena wrote that all “have expressed that either they renounce future political activity or, those who want to remain active, will do it renouncing any actions outside the constitutional framework.”

Spanish government spokesman Inigo Mendez de Vigo said the lawmakers’ commitment to the judge indicated that a “return of constitutional order (in Catalonia) is starting to become a reality.”

Forcadell, long one of the leading figures of the Catalan independence movement, testified Thursday that the independence declaration was “symbolic,” according to lawyers familiar with the proceedings.

Eight members of the now-defunct Catalan government remain jailed in a related rebellion case. Former regional president Carles Puigdemont and four other ex-cabinet members fled to Belgium where they are fighting extradition.

Two other grassroots secession group leaders have also been jailed in a parallel sedition probe. One of the two groups, the National Catalan Assembly that was formerly headed by Forcadell, said Friday it had paid her bail.

Spain’s Constitutional Court warned that the Parliament’s Oct. 27 vote declaring a new Catalan republic would be illegal. Most opposition lawmakers boycotted the session.

The Spanish government responded by seizing control of the wealthy northeastern region, the first time in the four decades since Gen. Francisco Franco’s Fascist dictatorship ended that Madrid removed powers from any of the country’s 17 regions.

Central authorities dismissed the Catalan regional president and his government, dissolved the parliament and called a new regional election for Dec. 21.