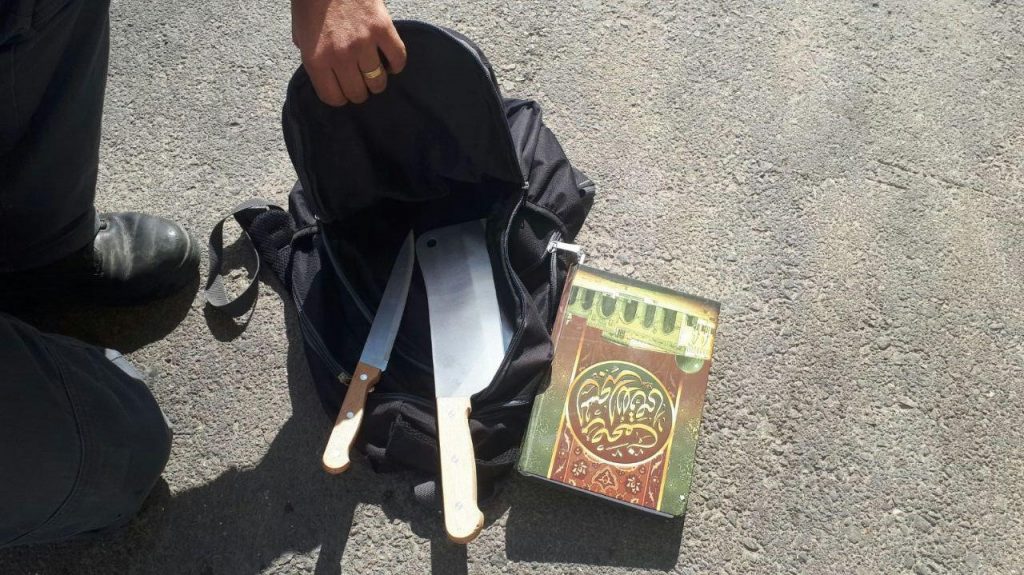 Police on Thursday arrested an Arab outside the town of Kochav Yaakov, north of Yerushalayim, on suspicion of planning a terror attack. The Arab was caught carrying knives and a copy of the Koran. Under questioning, he admitted that he was planning to help carry out a terror attack.

The Arab was arrested after a soldier reported that the Arab was circling suspiciously around the entrance to Kochav Yaakov. Special police forces rushed to the scene and chased the Arab, who had meanwhile begun trying to escape. The soldier who reported the suspicious activity joined the chase, and together with police they caught and subdued the suspect. The Arab said under questioning that he had been set to meet up with another terrorist, who was to carry out a terror attack in the Kochav Yaakov area. A search of his bag revealed several knives that he said he was to deliver to the terrorist. The Arab was arrested and is being questioned further.

Earlier Thursday, inspectors at the Kerem Shalom checkpoint at the entrance to Gaza seized 1.5 tons of tobacco that an importer was illegally trying to smuggle into Gaza. The tobacco was not approved for use, and could constitute a dangerous substance that would endanger the health of residents of Gaza, officials said. The tobacco had been hidden in a shipment of nutritional supplements for chickens. The individuals attempting to import the tobacco were being questioned by security officials.