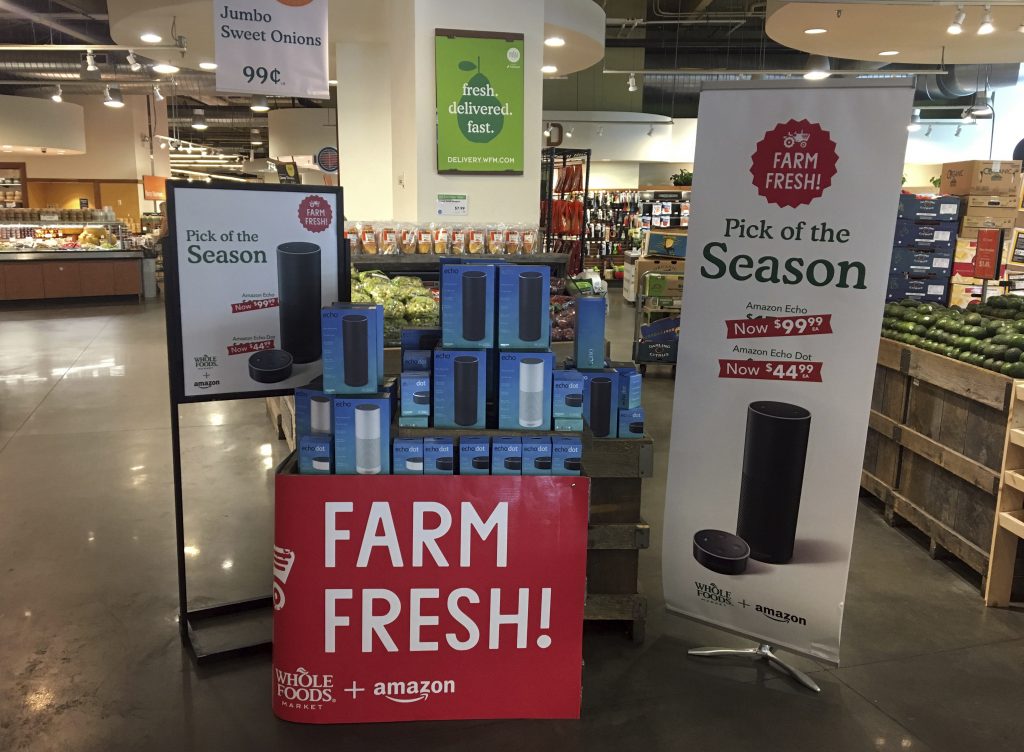 You may see more of Amazon inside Whole Foods soon: The online retailer, which has been already been selling its voice-activated Echos at Whole Foods, will start to sell Kindles, Fire tablets and other Amazon devices at its grocery stores.

The move gives Amazon, which bought Whole Foods this summer, another place where shoppers can touch or try out its gadgets during the year-end shopping season. Amazon has been expanding its brick-and-mortar presence: It recently opened shops inside some Kohl’s department stores and it has opened a dozen brick-and-mortar bookstores.

The Seattle-based company says that Whole Foods stores in Chicago; Denver; Rochester Hills, Michigan; Davie, Florida; and Pasadena, California, will open Amazon pop-up stores next week. About 100 other stores will also have the devices available for sale.