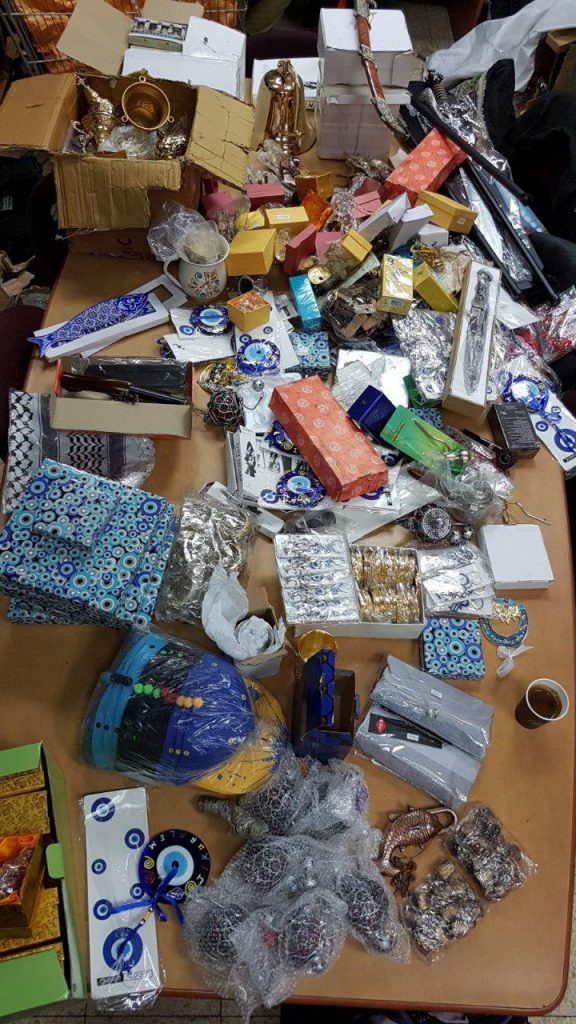 IDF soldiers overnight Wednesday discovered a large cache of stolen goods in a village in Shomron. The goods were found stored in crates in a home of the village of Aqraba, and included tashmishei kedushah that were apparently stolen from shuls in Yerushalayim, as well as gold items including candlesticks, antique swords, jewelry, ancient pottery and other valuable items. Several arrests were made. The loot is to be transferred to police, who will try to track down the owners.

A Be’er Sheva court on Thursday exonerated Khalil Nimar, a Yerushalayim Arab resident, of conspiracy to commit murder and undertaking a terror attack. Nimar had been accused of planning a terror attack in December 2015 at a hotel in Eilat. He was accused of coordinating and planning the attack with Asraf Salameh, a fellow Yerushalayim Arab. The plan was to attack a group of religious tourists who were planning to stay in a hotel in Eilat.

According to the indictment, the two gathered information about weapons and methods of attack, and sought information about tour groups and where they would be staying. A security guard who got wind of the plot alerted authorities, and the two were arrested. Nimar was found not guilty of the conspiracy charges, which the court said were led by Salameh.