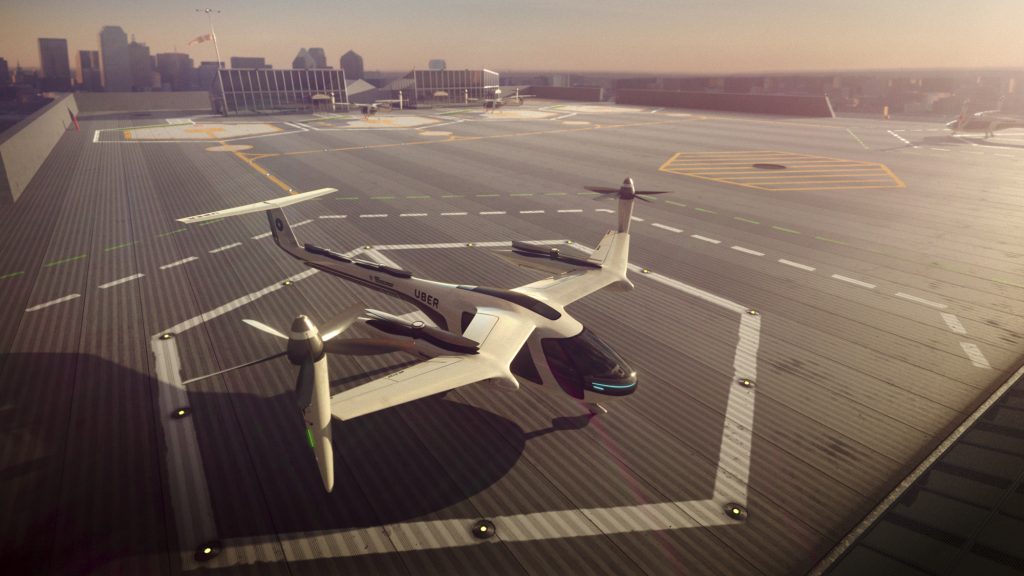 Commuters of the future could get some relief from congested roads if Uber’s plans for flying taxis work out.

The ride-hailing service unveiled Wednesday an artist’s impression of the sleek, futuristic machine it hopes to start using for demonstration flights in 2020. The company aims to have its first paying passengers in various cities around the world by 2023, though the plan still faces major hurdles.

The battery-powered aircraft looks like a cross between a small plane and a helicopter, with fixed wings and rotors. It was presented at an international technology conference in Lisbon, Portugal.

The vehicle is intended to soar over traffic congestion, sharply reducing city travel times. Uber hopes it will eventually become a form of mass transport and cost commuters less than using their own car, though initially it will be more expensive than that, Uber’s Chief Product Officer Jeff Holden said.

Holden said that Uber is joining NASA’s project to expand air traffic systems, which scores of other companies already belong to.

He told The Associated Press in an interview that he has no dollar figure for the total investment. He said Uber is putting some of its own money into the project, developing software, while other investors are also involved, such as aircraft manufacturers that are developing the vehicle and real estate companies that are providing so-called ‘skyports’ where people will catch their airborne taxi.