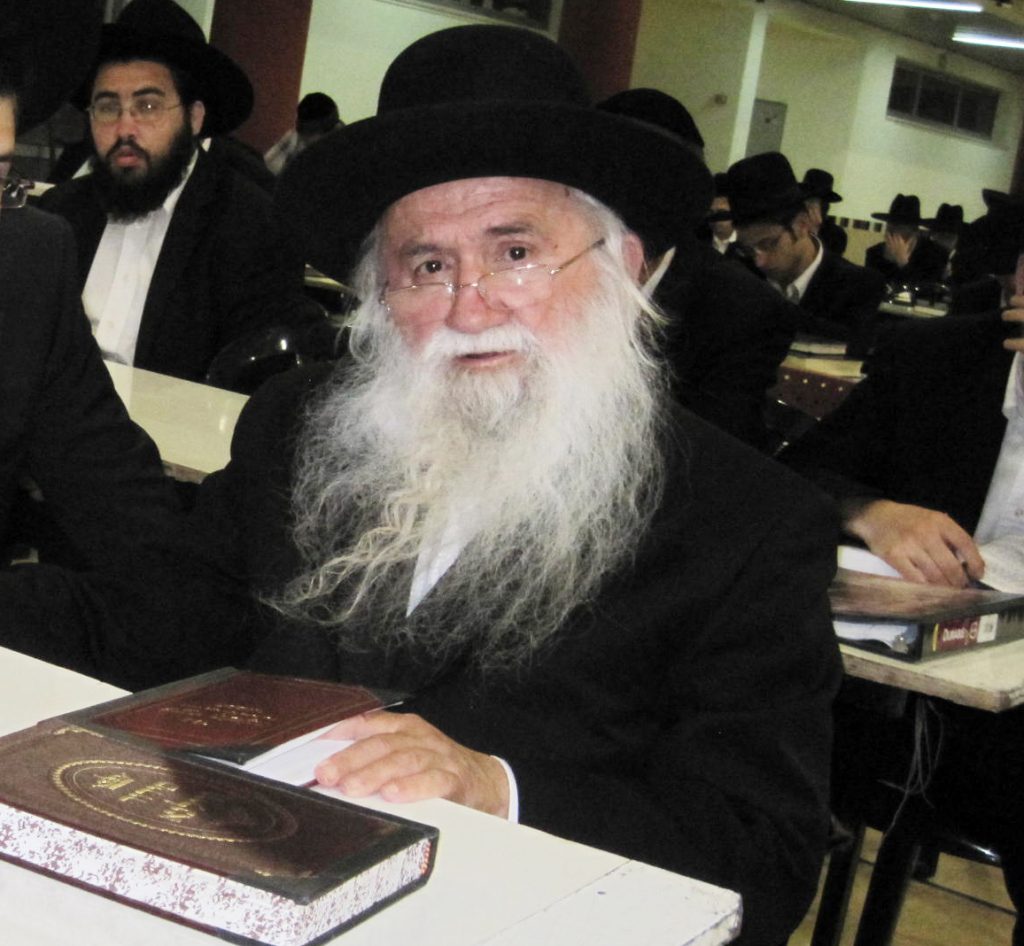 The Torah world was plunged into mourning Wednesday morning with the news of the petirah of the Mashgiach Hagaon Harav Dov Yaffe, zt”l.

Harav Yaffe, noted Mashgiach in Yeshivas Knesses Chizkiyahu in Rechasim, had been hospitalized several times in recent months in Netanya’s Laniado Hospital, where he was niftar.

Harav Yaffe was born in Vilna, Lithuania, on 15 Sivan 5688/1928, to Harav Yechezkel and Rebbetzin Tovah Gittel Yaffe. His father was a descendant of Hagaon Harav Mordechai Yaffe, the Levush.

In 5695/1935, when he was seven, his family moved to Eretz Yisrael, settling in Tel Aviv. As a bachur, he learned in Yeshivas Hayishuv Hachadash, Chevron, Ponevez and Slabodka. During his years in Bnei Brak, he built a special relationship with the Chazon Ish and learned from his exalted ways, quoting his derech hamussar in his shmuessen.

When he came of age, Rav Dov married, tblch”t, Rebbetzin Rivkah, an orphaned niece of Hagaon Harav Aharon Cohen, zt”l, Rosh Yeshivah, Yeshivas Chevron – in whose house she grew up.

Several years after his marriage, Rav Dov was appointed as a Mashgiach in Yeshivas Knesses Chizkiyahu in Rechasim. At the time, Harav Elyah Lopian, zt”l, served as Menahel Ruchani of the yeshivah.

After Reb Elyah’s petirah, in 5730/1970, Rav Dov was appointed the head Mashgiach and moved to Rechasim, to live near the yeshivah.

He also served as Mashgiach in a Yeshivas Kol Yaakov, in Bayit Vegan, Yerushalayim and in Yeshivas Keren Orah in Karmiel, delivering sichos on a regular basis.

Rav Dov would give a weekly sichah in the yeshivah in Rechasim, as well as many sichos and va’adim at home to bachurim and avreichim.

He would always stress the need for one to learn mussar on a daily basis.

He was seen as one of the foremost ba’alei mussar in the generation.

Many of the Mashgiach’s sichos were published in the multi-volume Le’avdecha B’emes, on various topics in avodas Hashem and on the chagim.

The levayah set out from Kiryat Sanz, Netanya, early Wednesday afternoon, to Yerushalayim, where it will pass Yeshivas Kol Yaakov, and from there to Rechasim, where the levayah and kevurah will be held.