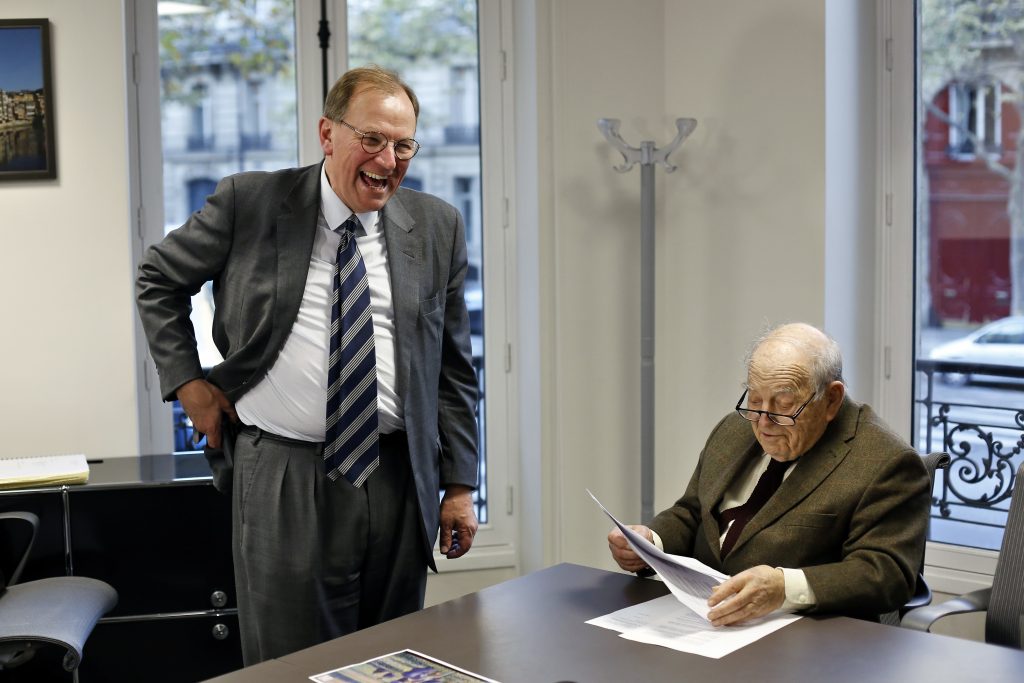 A Paris court on Tuesday ordered an American couple to return a valuable Camille Pissarro painting looted during World War II to the descendants of a French Jewish family who owned it at the time.

U.S. citizens Bruce and Robbi Toll had loaned the painting “La Cueillette des Pois,” or “Picking Peas,” by impressionist master Pissarro to the Parisian museum Marmottan for an exhibition earlier this year.

But the painting was placed in temporary escrow after one of the French heirs recognized it and filed a lawsuit to have the work returned.

A civil court said Tuesday that the Tolls didn’t act in bad faith when they bought the painting from Christie’s auction house more than two decades ago.

But it ruled that initial and following sales of all goods looted to Jewish people by the French Vichy regime or its Nazi allies during the war were declared void by France’s post-war authorities in 1945.

Judges didn’t award any financial compensation for the Toll couple who purchased the painting for $800,000 in 1995.

“For them it’s a total loss,” their lawyer, Ron Soffer, told The Associated Press.

The Pissarro had different owners since it was confiscated and sold in 1943. Before the Tolls bought it in 1995, the painting was sold to an unknown buyer in 1966 by Sotheby’s.

The artwork’s estimated worth is now $1.75 million, based on the value covered by the insurance the Tolls paid for the painting.

Soffer, the Tolls’ lawyer, said his clients have decided to appeal the ruling. In the meantime, the canvas won’t be returned to the French heirs and will be kept in escrow by Paris’ Orsay Museum.

Soffer said the ruling could pose “legal uncertainty” on collectors who have bought paintings in good faith over the years.

The Pissarro painting was part of a collection of 93 master canvases amassed by French Jewish collector Simon Bauer over the first part of the last century.

The art collection was confiscated by the French regime of Vichy, which collaborated with the Nazis, and sold by a vendor designated by the then-General Commissariat for Jewish Questions in 1944.

Florida-based Bruce Toll, who came to Paris for the last month’s hearing, told the AP at the time that “there was no way I should know that.”

Bauer’s last surviving grandson, Jean-Jacques Bauer, 88, said that he was “pleased” with the ruling and that the decision was “normal.” He added that he respects the Toll couple and that they were probably “victims of a system” or “misguided” when they bought the painting.

The Tolls’ lawyer said in a phone interview that his clients “are disappointed, of course,” and that “they don’t understand why they have to pay for what happened during the war.”

“The Tolls just want to get back that painting they like so much and put it back in their living room,” Soffer said.