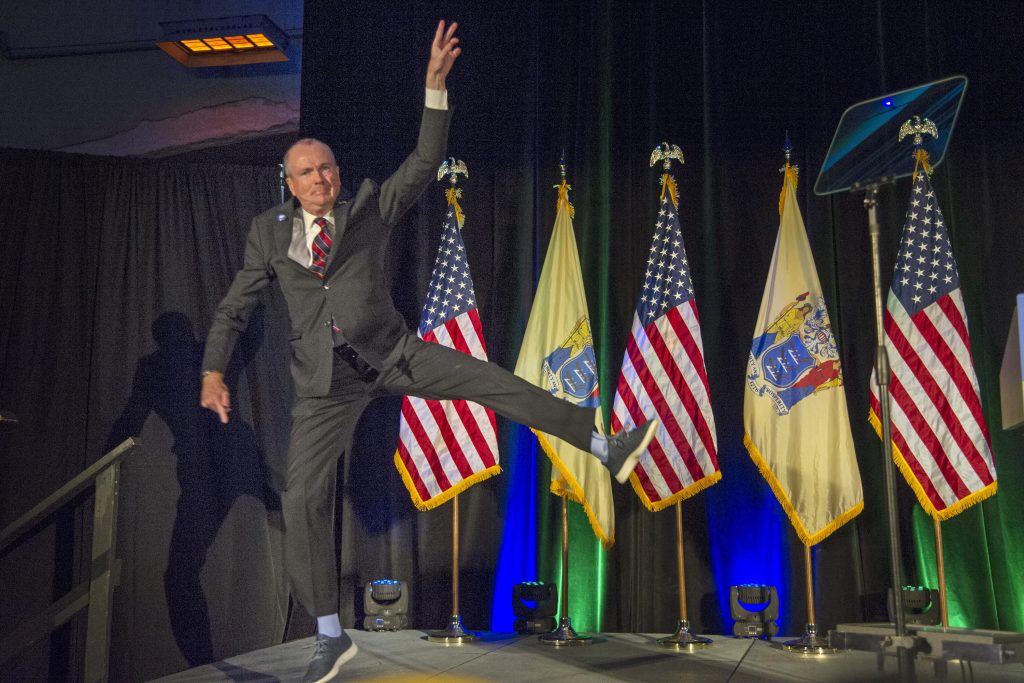 Jubilant Democrats across America are declaring their big election victories in Virginia and New Jersey — their first of the young Trump era — mark the beginning of an anti-Trump surge that could re-shape the balance of power in Congress in 2018. Senate Democratic leader Chuck Schumer says he can “smell a wave coming.”

Not so fast, Republicans said Wednesday. But they acknowledged that setbacks in Virginia, New Jersey and elsewhere on Tuesday created new urgency for the GOP to fulfill its list of campaign promises before voters head back to the polls next year. They, along with President Donald Trump, have failed to demolish “Obamacare” and now are straining to approve a far-reaching tax overhaul despite controlling the White House and both houses of Congress.

“If anything, this just puts more pressure on making sure we follow through,” House Speaker Paul Ryan said at an event hosted by the Washington Examiner. He added, “I think it simply means we’ve got to deliver.”

Whether the president’s party delivers or not, there is clear cause for concern for a Republican Party that would lose its House majority if Democrats gained 24 seats next fall.

Tuesday’s results left little doubt that Trump’s dismal approval ratings can drag down Republican allies, particularly those serving in states he lost last November. And even if his ratings show signs of improvement, history suggests that the first midterm elections for any new president often lead to major gains for the opposing party.

An early string of Republican retirement announcements in competitive districts across Florida, New Jersey and Arizona adds to the GOP’s challenge.

“We’re taking our country back from Donald Trump one election at a time,” Democratic National Committee Chairman Tom Perez said in a Wednesday conference call. “This is not just one night. It is a trend.”

Trump declared that the blame for Tuesday’s losses was not his.

“Ed Gillespie worked hard but did not embrace me or what I stand for,” the president tweeted as he toured Asia.

As for Tuesday’s longer-term significance for the Democrats, both parties’ leaders know that much can change in the year before voters decide the 2018 midterm elections. And Republicans enjoy a redistricting advantage that limits the number of truly competitive House races, thanks in large part to GOP routs during Barack Obama’s eight years in office.

Also, Democrats wrestle with their own party strife, pitting the Bernie Sanders’ wing against the more mainstream.

Trump’s team concedes the Republican Party’s suburban challenges but predicts voters will bounce back once Congress begins to enact his agenda. Embedded in that diagnosis, however, is a warning for Republican lawmakers that continued inaction could be disastrous.

Republican Sen. Thom Tillis of North Carolina acknowledged the urgency for his party to produce results.

“We’ve got to be RINOs,” he said, “Republicans in Need of Outcomes.”