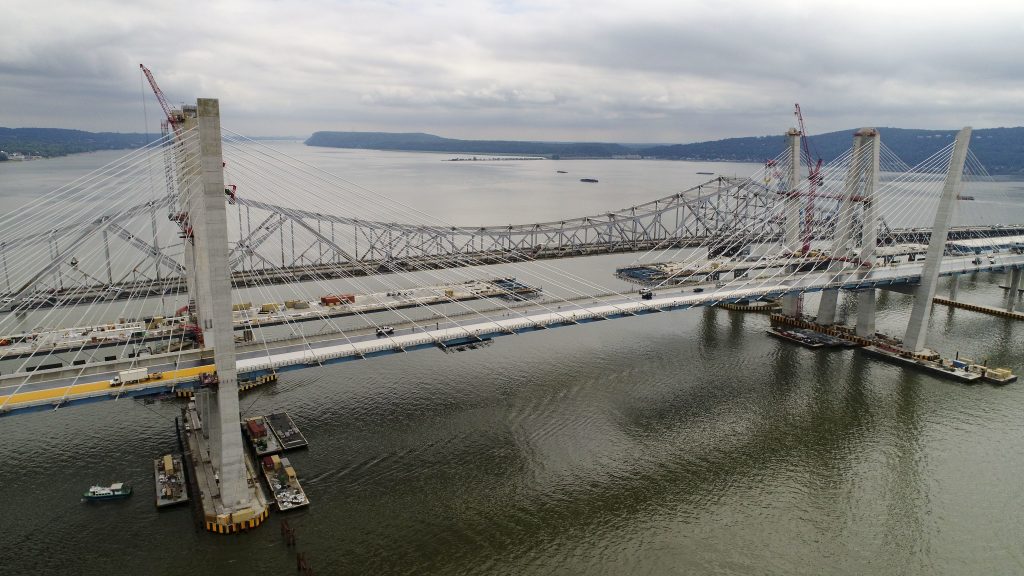 The dismantling of the old Tappan Zee Bridge in New York has begun, with crews removing large sections of steel from the 61-year-old span.

The Journal News reports that a massive floating crane capable of lifting nearly 2,000 tons at once has removed a 235-foot-long section near the Westchester County shore. Concrete deck panels have been removed from the old bridge and the abutment on the Rockland County side has been demolished.

Westchester-bound traffic was shifted a month ago to the new $3.9 billion Gov. Mario M. Cuomo Bridge built alongside the old span. Rockland County-bound traffic has been crossing the new span since late August, and drivers are sharing the completed side of the bridge until the second span is completed next year.

State officials say the dismantling of the old bridge, one of the primary crossings of the Hudson River, will last into 2018.