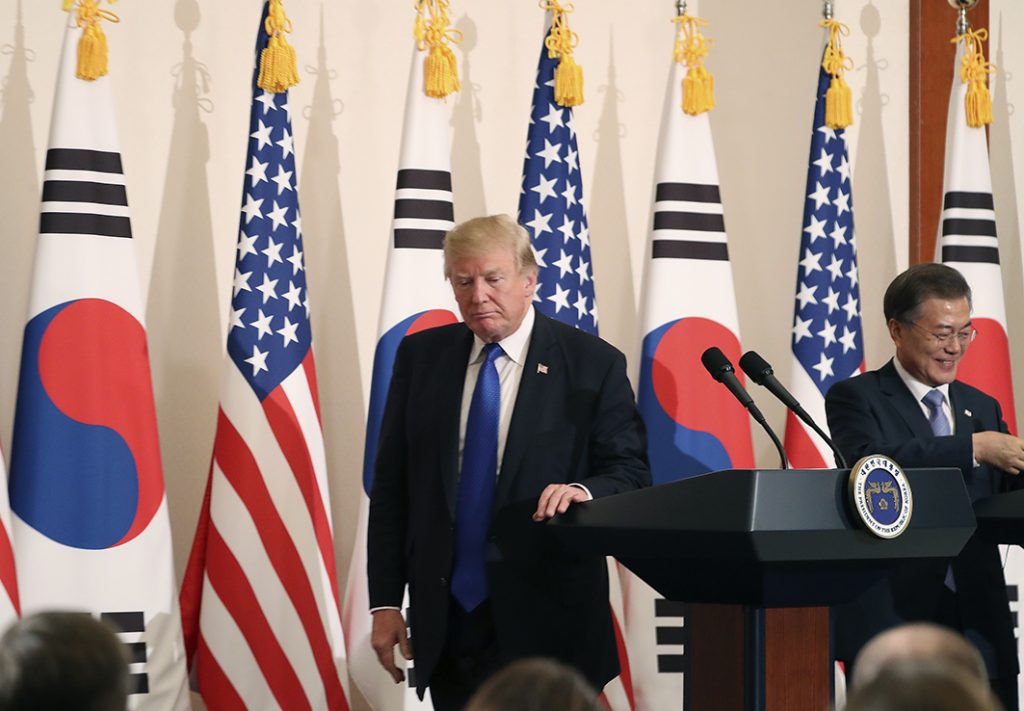 President Donald Trump says tougher gun laws would not have prevented a mass shooting at a south Texas church, arguing that more restrictions might have led to more casualties.

President Trump spoke at a news conference in South Korea Tuesday where he was asked about “extreme vetting” for gun purchases. He said: “If you did what you’re suggesting, there would have been no difference three days ago and you might not have had that very brave person who happens to have a gun or a rifle in his trunk.”

As he did following last month’s Las Vegas massacre of 58 people, President Trump pushed back against the question, calling it a “situation that probably shouldn’t be discussed too much” and noted that he was “in the heart of South Korea.”

He added that if the man didn’t have a gun, “instead of having 26 dead, you would have had hundreds more dead.”

Authorities say Devin Patrick Kelley fired at least 450 rounds of ammunition at people in Sunday’s attack at the First Baptist Church in Sutherland Springs. The dead ranged in age from 18 months to 77 years old.

President Trump’s more muted response to gun violence contrasts with his swift call for legislative and military action following the Oct. 31 truck attack in New York City. Within hours of a rental truck ramming through a crowded bicycle path and into a school bus, the president called for Congress to “immediately” repeal the diversity visa lottery program that suspect Sayfullo Saipov, an Uzbekistan citizen, used to enter the country in 2010.

After the Las Vegas shooting, Trump and aides said it was inappropriate to consider a policy response while people were still grieving. Despite days later suggesting openness to outlawing the bump stock device that allowed Las Vegas shooter Stephen Paddock to fire at near-automatic rates, the Trump administration has shown no signs of urgency.

President Trump, who supported gun control before reversing his position to enter the Republican presidential primary, courted the National Rifle Association’s endorsement in 2016, and earlier this year became the first president in three decades to speak at the gun group’s annual convention.