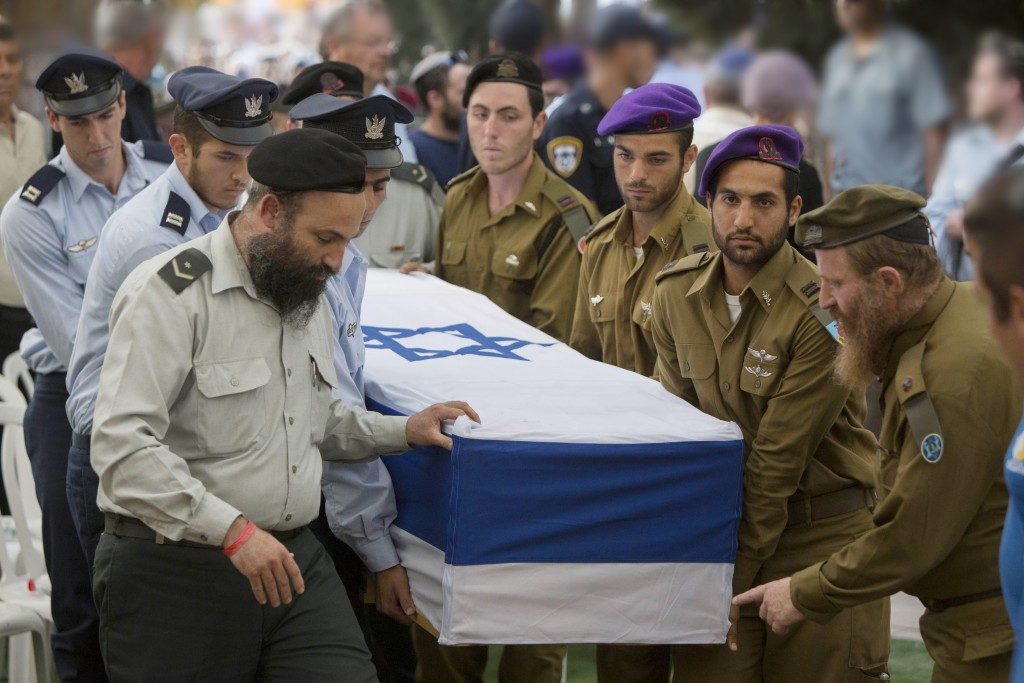 Politicians in Israel are extremely respectful of terror victims, as they should be. But they often cross the line from respectful to patronizing, as if terror victims can’t be taken seriously, since whatever they say is driven by deep, personal pain, not rational thinking.

Such an attitude not only denies the terror victims a voice, but denies the security establishment and the public valuable input from people who have lived with the effects of past mistakes and dedicated thought and energy to correcting them for the sake of others.

Take, for instance, the parents of Hadar Goldin, Hy”d, whose body was snatched three years ago in Operation Protective Edge by Hamas terrorists, during what was supposed to have been a ceasefire. His father, Professor Simcha Goldin, heads the Goldstein-Goren Diaspora Research Center in Tel Aviv University and teaches in the Jewish History Department. He served as a reserve battalion commander in the IDF until the age of 50.

Hadar’s mother, Leah, has a Ph.D. in Computer Science from the Technion and is CEO of an independent consulting firm specializing in system and software engineering. She also lectures in several colleges.

Surely, their opinions on how to force Hamas to return the body of their son and that of Oron Shaul, Hy”d, who was kidnapped during the same war, are worthy of consideration by the political and military echelons. The Goldins are not making irrational demands in order to get back the remains of their son. They are not calling for another Gilad Shalit prisoner exchange that sees the release of more than 1,000 dangerous security prisoners just so that they can have a grave to visit.

They are merely asking that the government end visitations by families of terrorist prisoners, so that those families will in turn put pressure on Hamas to release the Israeli soldiers (the government has ended visits of families who live in Gaza, but not of those living in Yehudah and Shomron). Ironically, the government itself voted to end such visitations, but has failed to abide by its own decisions, forcing the Goldins to turn to the High Court of Justice.

“We must make Hamas understand that holding Israeli soldiers hostage is not an asset, but a burden,” they said in a statement. “The pressure must make it clear that Israel will extract a high price for every day that they hold our soldiers hostage.”

A second eminently reasonable demand is that the government refuse to release the bodies of the Hamas and Islamic Jihad terrorists who were killed last week while digging a terror tunnel into Israel, until the bodies of their son and Shaul are released. To be sure, Prime Minister Binyamin Netanyahu this week said, “There will be no free gifts,” and pledged not to release the bodies until Israel gets its soldiers, but, based on past experience, that’s not enough. He needs to be pressured to do the right thing, by the public and the High Court, which this week gave the government 10 days to respond to the Goldins on why family visitations for security prisoners are being allowed.

Other victims of terror are also making their voices heard. Hadas Mizrachi, whose husband Baruch, Hy”d, was gunned down three years ago on Erev Pesach, began a hunger strike on Sunday to demand funding to improve the safety of roads in Yehudah and Shomron.

“I’ve been left alone with four orphans. This is an attack you could have prevented! Don’t close your eyes to this,” she told Netanyahu at a Likud faction meeting on Monday. “So far, I’ve heard promises from the prime minister, from MKs at the shivah, at funerals I go to. We’re tired of hearing promises. If there had been [cell phone] reception, if there had been lighting on the road, maybe Baruch would’ve been saved.”

Adva Biton, whose daughter Adele, Hy”d, was critically hurt in March 2013 and passed away two years later at age four and a half, is also demanding funding that can save lives.

“We’re tired of being second class for everything,” she said. “We don’t deserve anything by law. Roads, infrastructure, security for the communities. Why do we have to beg for basic things?”

Something on the order of NIS 800 million is needed to build roads that bypass dangerous Arab villages, to add lighting and to improve cell-phone coverage. That’s a bargain to protect the residents of Yehudah and Shomron, to prevent the next Baruch Mizrachi, the next Adele Biton, Hy”d.

As long as the terror victims stand alone, they can be ignored and pushed off by the government. They need the backing of the people, for their own healing and so that their legitimate concerns will be heard by the powers that be.