World Oldest Map to Use Word ‘America’ Up for Sale
World 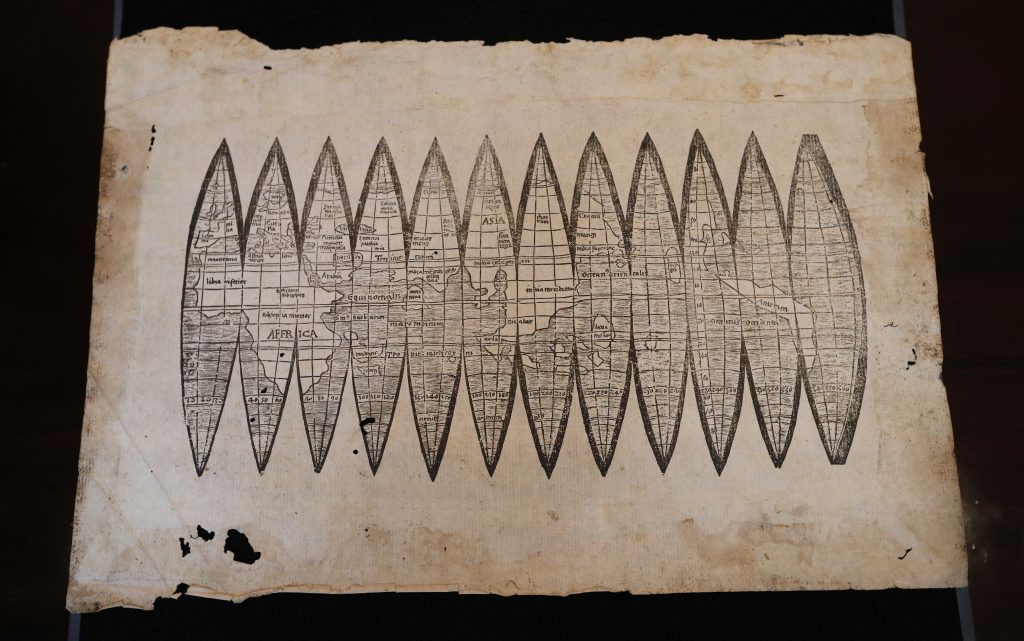 Christie’s auction house said Tuesday it has discovered a previously unknown copy of a 510-year-old map dubbed “America’s birth certificate” because it gave the New World its name.

Julian Wilson, a senior specialist in Christie’s books department, said the two-dimensional globe created in 1507 by pioneering German cartographer Martin Waldseemueller is “the earliest piece of writing that uses the word America.”

Waldseemueller decided to name the landmass after Italian explorer Amerigo Vespucci, who helped show that lands being explored by Europeans in the 15th and 16th centuries were not — as Christopher Columbus initially surmised — part of Asia.

A wall-map version of the same chart by Waldseemueller, purchased by the Library of Congress for $10 million in 2003, has been called “America’s birth certificate,” and Wilson said the name equally applies to this version.

“This is the first time that America is on the map, in more ways than one,” he said.

The map is the oldest-known printed globe, designed to be cut out and pasted around a wooden ball. It is also the first map to show North and South America as separate continents and to depict a distinct Pacific Ocean, which no European had then seen.

Wilson said the map is remarkably accurate. Waldseemueller was one of a group of cartographers based in Saint-Die, France, which charted discoveries made by Spanish and Portuguese explorers and had access to the newest and most detailed information.

He said the map has “some quirks,” including “a very large Sri Lanka and a very small India.” Japan is placed in the mid-Pacific, and Australia is missing.

“But the major geo-political features of the globe that we would recognize today are for the first time visible on this piece of paper,” Wilson said.

The map is being sold by the family of British paper restorer Arthur Drescher. He died in 1986, but relatives only recently found it among his papers and took it to the auction house to be appraised.

Wilson said “it completely freaked me out” when a man walked in off the street with the document.

“My legs almost gave way,” he said. “It was a once-in-a-lifetime discovery moment. I thought, I’m probably looking at the find of my career.”