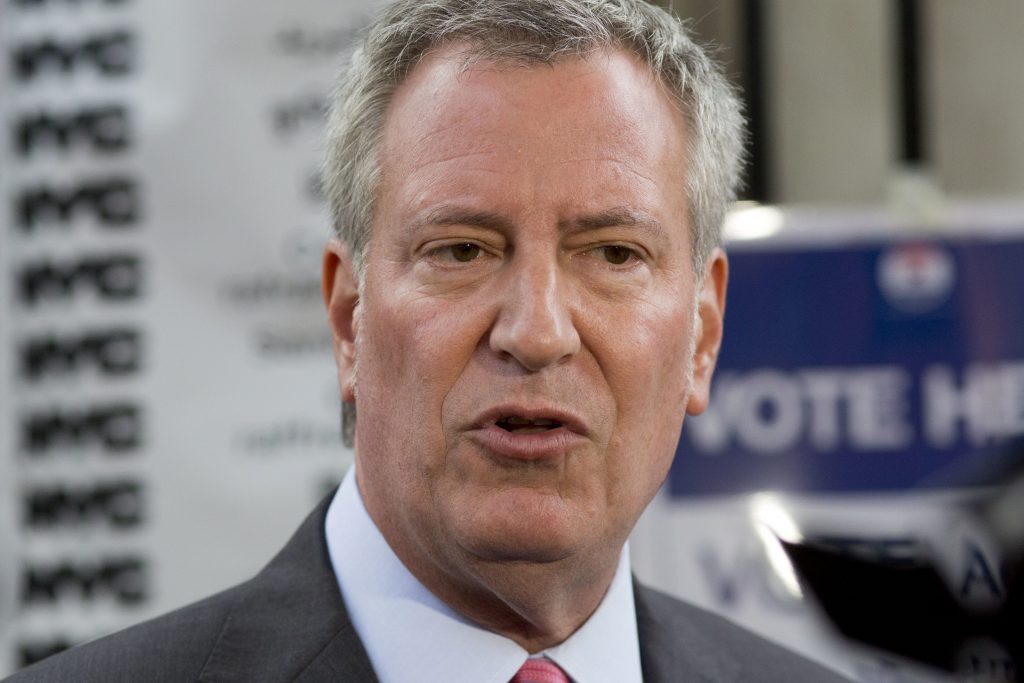 Several other local races including mayoral contests in Buffalo, Rochester and Albany were set to be decided in the off-year, low-turnout election.

Here’s a look at the key races and issues:

He touted his success in providing universal pre-kindergarten for 4-year-olds and cited investments in affordable housing and efforts to reduce crime and make the city affordable for all residents.

De Blasio, 56, was first elected four years ago and emerged as a national leader in progressive politics. But his administration often found itself bogged down in feuds with Gov. Andrew Cuomo, a fellow Democrat, and investigations into campaign donations and pay-to-play politics.

The mayor has vowed that in his second term he will further expand pre-kindergarten to 3-year-olds and increase investments in affordable housing. He also has promised to continue to speak out for the city’s immigrant and minority communities and be a vocal critic of President Donald Trump. He has frequently criticized the Republican president.

Voters on Tuesday resoundingly defeated a ballot question which, if approved, would have scheduled a convention in 2019.

Unions, environmental groups, and officials from both major political parties had urged opposition. They warned that deep-pocketed special interests could use a convention to undermine existing constitutional rights and noted that the constitution can already be amended through voter referendum.

Supporters argued a convention would provide a chance to address chronic corruption and porous campaign finance rules while strengthening protections for education, health care and the environment.

The question of a constitutional convention is automatically put on the ballot every 20 years. The last convention was held in 1967.

If the question had passed, voters would have later picked delegates for the convention. Any recommended changes to the state’s governing document would have had to be ratified by a statewide vote.

Voters will decide the fate of a proposed constitutional amendment allowing judges to strip the pensions of corrupt officials, no matter when they were elected.

A 2011 law allowed judges to revoke or reduce pensions of crooked lawmakers, but it didn’t apply to sitting lawmakers at the time. A constitutional amendment is needed to cover all lawmakers, regardless of when they were elected. This year’s ballot question, if approved, will close that loophole.

More than 30 lawmakers have left office facing allegations of corruption or misconduct since 2000.

No matter who wins, Syracuse will be getting a new mayor.

Perez Williams is an attorney who has worked as a prosecutor and a former associate dean of students at Syracuse University. Lavine is a former local school superintendent. Walsh is a business and development adviser at a local law firm.