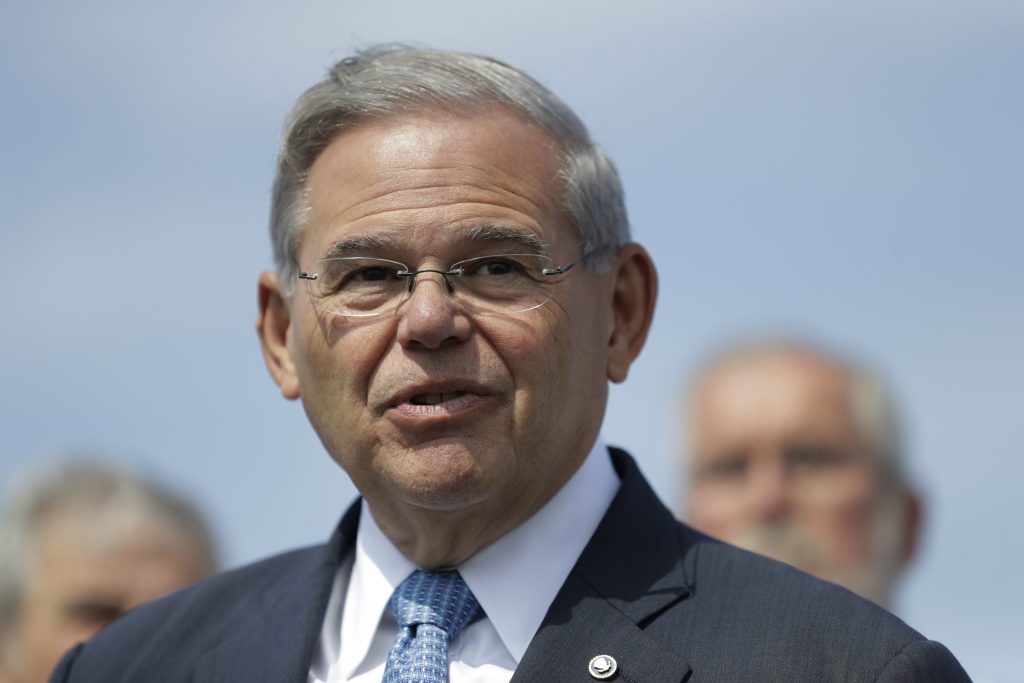 The jury in the bribery trial of Sen. Bob Menendez concluded its first full day of deliberations Tuesday without a verdict, but not before asking a question that had some in the courtroom scratching their heads.

A juror asked the judge Tuesday to read back part of Monday’s closing argument by the New Jersey Democrat’s lawyer that dealt with the definition of a “senator.”

The judge declined, saying only testimony can be read back and closing arguments aren’t testimony.

Menendez is charged with accepting gifts such as flights on a private jet and luxury vacations from Florida eye doctor Salomon Melgen in exchange for political influence.

The juror’s question could have been referring to the fact Melgen isn’t a New Jersey resident. Prosecutors have argued since he wasn’t a constituent of Menendez’s, that showed Menendez was influenced by the alleged bribes.

Defense attorneys have argued Menendez routinely helped people based on issues and not geography, and pointed to his involvement in Hispanic issues nationally.

Menendez defense attorney Abbe Lowell also mentioned in his closing Monday that Menendez didn’t propose any legislation aimed at helping Melgen’s business interests, and didn’t have the authority to force the officials he approached to act on Melgen’s behalf.

The case could have implications for a deeply divided Senate if Menendez is convicted and he steps down or is voted out by a two-thirds majority, though neither scenario is considered likely. If either came to pass before New Jersey Gov. Chris Christie leaves office Jan. 16, the term-limited Republican governor could appoint a replacement.

Defense attorneys focused part of their closing arguments on the requirement that the official — Menendez — has to agree to perform an official act “at the time of the agreement” to be found guilty, and told jurors the prosecution didn’t present any evidence of an actual agreement between Menendez and Melgen.