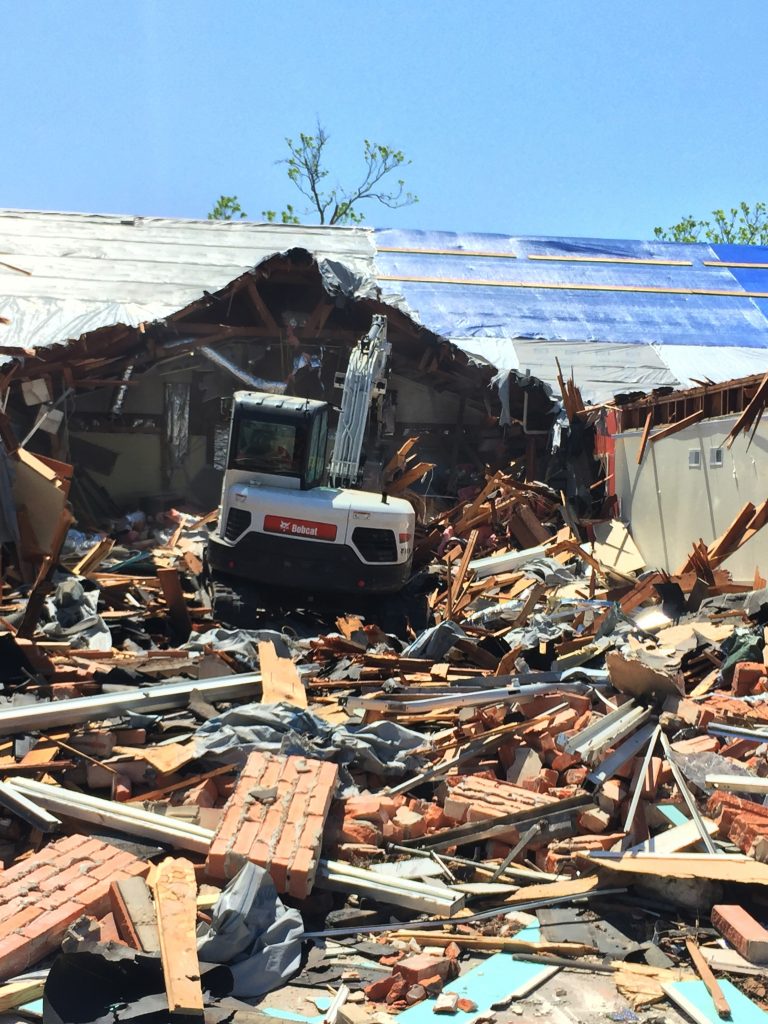 When disaster strikes, houses of worship are often on the front lines, feeding and sheltering victims. Yet churches, synagogues and mosques are routinely denied aid by the Federal Emergency Management Agency when it comes time to repair or rebuild their damaged sanctuaries.

Pressure is mounting to change that after this year’s series of devastating hurricanes damaged scores of churches in Texas, Florida and Puerto Rico.

FEMA is rethinking its policies in the face of a federal lawsuit, scheduled for a hearing Tuesday, by three Texas churches hit by Hurricane Harvey. President Donald Trump has signaled his support, via Twitter, for the religious institutions.

At the same time, several members of Congress have revived legislation — first proposed after 2012’s Hurricane Sandy — that would force FEMA to pay for repairs at places of worship.

The debate centers on two key questions: Does providing such aid violate the First Amendment separation of church and state? Or is it an infringement on the First Amendment right to free exercise of religion to deny churches the same aid available to numerous other nonprofit organizations, such as libraries, zoos and homeless shelters?

“It seems like the only reason churches are excluded is because they’re churches, and it just seems discriminatory to me,” said Bruce Frazier, pastor of a church that is part of the lawsuit.

Religious entities already can receive some government help in disasters. They can be reimbursed by local governments for sheltering evacuees and can receive U.S. Small Business Administration loans to repair their buildings. FEMA grants are available to religiously affiliated schools, health-care providers and nursing homes. And FEMA also can provide money to repair church-run facilities that function like community centers, but only if less than half the space or use is for religious purposes.

Over the past five years, FEMA has authorized a net of $113 million for about 500 religiously affiliated entities such as schools, medical clinics and community centers after hurricanes, tornadoes, floods and other disasters, according to an AP analysis of data made public as part of the lawsuit.

But FEMA hasn’t supplied money to repair sanctuaries, and its 50 percent rule excludes many other types of church facilities.

“It is the faith community that responds so robustly to the need. And then to say, ‘Tough luck, we’re not going to help you put your own facility back together’ is wrong,” said Rep. Christopher Smith, a New Jersey Republican sponsoring the bill that would change the policy.

Not everyone shares that view, noting constitutional concerns.

“I really can’t see anything more core and more of an establishment of religion than building a house of worship,” said Maggie Garrett, a lawyer who has lobbied against FEMA aid to religious institutions on behalf of Americans United for Separation of Church and State.

FEMA declined to comment, citing the lawsuit. But in a court filing, the U.S. Justice Department said the challenged policies are being reconsidered.

High winds and flooding from Hurricane Katrina in 2005 damaged more than 1,000 buildings owned by the Roman Catholic Archdiocese of New Orleans. FEMA later came through with more than $300 million, an amount the archdiocese’s chief financial officer, Jeff Entwisle, described as “extraordinary assistance.”

Even so, he estimated that FEMA deemed less than one-third of the buildings eligible for funding. The archdiocese opted not to rebuild nearly one-quarter of its churches and schools.

When Hurricane Harvey slammed Texas in August, it blew down the steeple, ripped away the front doors and destroyed the roof of Frazier’s church, causing extensive water damage. The church applied for FEMA disaster aid but was directed instead to private insurance coverage and the Small Business Administration for a loan.

Frazier said the church of about 125 members couldn’t afford wind-storm insurance and can’t even afford the loan payments that would be necessary to fully rebuild.

The Roman Catholic Archdiocese of Galveston-Houston and Congregation Torah Vachesed, a Houston-area synagogue flooded by Harvey, filed briefs in support of the churches that are suing. The synagogue asserted that the “pernicious effect of FEMA’s policy of explicit discrimination” is “to deter and discourage the exercise of the Jewish faith.”

The lawsuit contends that hundreds of other places of worship also are being denied access to FEMA funding, but it’s hard to say how many would seek federal aid if given the opportunity or how much money is at stake.

Last June, the U.S. Supreme Court found that a Lutheran church in Columbia, Missouri, had been wrongly excluded from a state grant program to install a soft playground surface made of recycled tires. Chief Justice John Roberts called it “odious to our Constitution” to deny an otherwise eligible recipient solely because it’s a church.

Richard W. Garnett, a University of Notre Dame law professor who runs the school’s program on Church, State and Society, said that based on that ruling, there is a good chance the high court would allow FEMA to provide aid to rebuild places of worship.

“The purpose of the support would not be to subsidize religious worship but rather to clean up the community and help local institutions that themselves provide important relief services to those in need,” Garnett said.