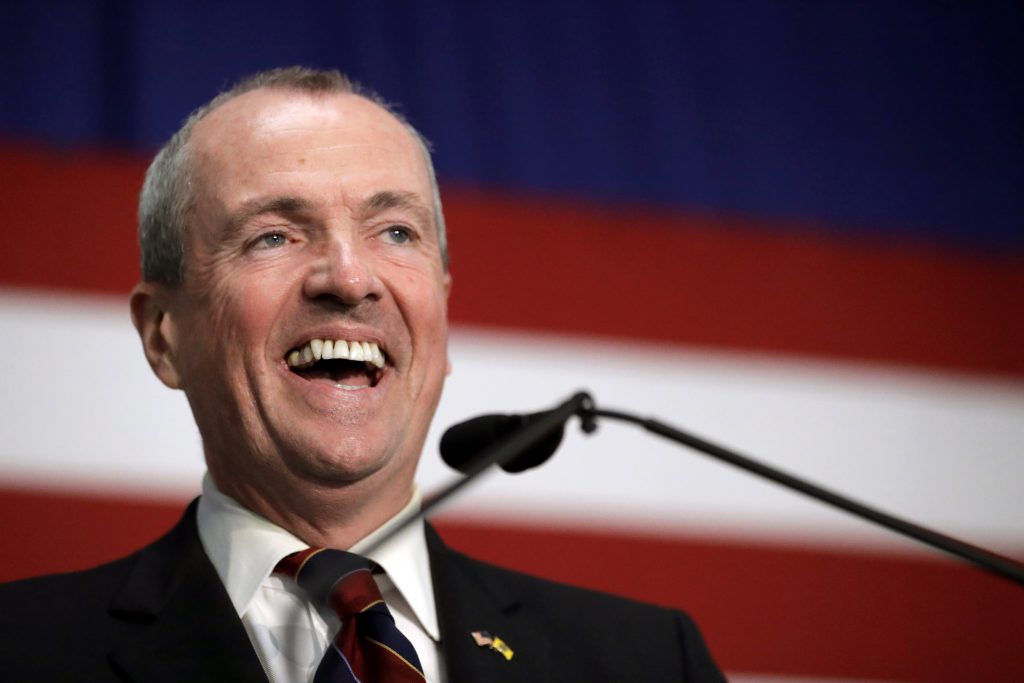 Democrat Phil Murphy defeated Republican Lt. Gov. Kim Guadagno on Tuesday in the race to succeed term-limited Gov. Chris Christie, who failed as a presidential candidate and has seen his popularity ratings plummet.

Murphy emerged victorious after leading Guadagno in the polls and in fundraising in a race that revolved in part around the Republican governor’s unpopularity.

Murphy relentlessly linked Guadagno to Christie, whose approval ratings are abysmal, even shooting one tv ad with the George Washington Bridge as a backdrop, a reference to a 2013 political payback scandal that deliberately caused traffic jams and resulted in three convictions against Christie’s former appointees and aides.

Murphy, a 60-year-old former Goldman Sachs executive who served as President Barack Obama’s ambassador to Germany but has never held office before, has promised to raise income taxes on millionaires, increase funding for public schools and pensions.

“I’m truly honored and humbled to be the next Governor of New Jersey, especially knowing you are the reason why I am here,” Murphy said in an email to supporters after his win was announced. “Together, we can do this. I believe in you and all the people living in our great state — and I promise I’ll always have your back.”

Murphy campaigned in part by promising to stand up to Trump, a Republican who lost New Jersey to Democrat Hillary Clinton last year, but he also focused on Christie.

Those moves combined with the nearly 900,000-voter registration advantage Democrats have over Republicans in New Jersey and Murphy’s huge cash advantage had Guadagno running as an underdog in a state that she helped govern as Christie’s deputy for the past eight years.

Christie told reporters after voting Tuesday that the election was not a referendum on him. Voters didn’t necessarily agree with him.

John Holpp, 88, of Hamilton, said he voted because he was “hoping to get rid of Christie.”

Kim Sica, a Republican from Hamilton who voted for Christie and Guadagno in 2009 and 2013, said she doesn’t like what she’s seen from the governor in his second term and didn’t want to support his “right hand.” She voted for Murphy.

“I’m a little nervous with that because I haven’t trusted the Democrats in a long time,” said Sica, who voted for Trump and proudly calls herself a Trumpster.

Guadagno’s campaign focused almost entirely on her promise to lower property taxes, but recently she steered into a discussion on immigration policy by calling for a ban on sanctuary cities.

Butch Zaborniak, 51, an unaffiliated voter from Hamilton, said that was his main reason for voting for Guadagno. He described Christie’s eight years in office as “OK.”

“I’d have liked to have seen better, but nothing is perfect,” he said. “Christie left a bad taste in their mouth. He didn’t leave on a high note.”

Christie has seen his job approval ratings transform, from a high after Superstorm Sandy when he got good grades for handling the fallout of the fatal storm just before Election Day in 2012 to his record-low approval in the year after the presidential contest. He was roundly criticized over the summer for lounging with his family on a beach at a state park that was closed to the public during a budget stalemate.

He has said he plans to go to work in the private sector after leaving office on Jan. 16.