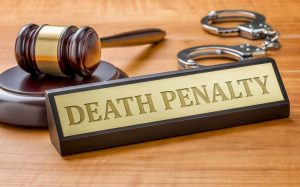 Four o’clock on a Tuesday afternoon at Hamodia is normally a time to put the final touches on the weekend edition, not rip up plans for the cover story and start anew. But that is what we were forced to do last week, when an Islamist armed with a rental truck veered into a bike lane and sped on for 20 blocks, plowing into innocent cyclists and pedestrians.

Reactions from across the spectrum were immediate, and revealing. There was the knee-jerk liberal attempt to blame it on road rage or even anger over a traffic ticket. Anything but the thing we all knew from the outset that it was all about — terrorism. By a Muslim radical. In the name of Islam.

There was no gun used here, to blame it on the lack of more gun control laws. Just a truck and two fake guns.

So what should Sayfullo Saipov’s punishment be? President Trump was adamant in his Twitter-statement released after the attack.

“ISIS just claimed the Degenerate Animal who killed, and so badly wounded, the wonderful people on the West Side, was ‘their soldier,’” he said, later adding, “NYC terrorist was happy as he asked to hang ISIS flag in his hospital room. He killed 8 people, badly injured 12. SHOULD GET DEATH PENALTY!”

As for where Saipov should be tried, the president wants to undo another one of his predecessor’s follies.

“Would love to send the NYC terrorist to Guantanamo but statistically that process takes much longer than going through the Federal system,” he tweeted. “There is also something appropriate about keeping him in the home of the horrible crime he committed. Should move fast. DEATH PENALTY!”

So there’s no mistaking Trump’s wishes — he should get the DEATH PENALTY (’cuz capital punishment must come in capital letters).

Wait! Wait! Before you cart me off to Guantanamo Bay, let me explain… Thud.

But seriously, here’s why I feel that the death penalty may not be the most appropriate penalty here. Ditto for calling Saipov a “degenerate animal.”

Bear with me as I throw out a couple of points.

Tuesday was 28 years since Rabbi Meir Kahane, Hy”d, was gunned down in a Manhattan hotel, the first salvo in what would be a devastating terrorist war against the civilized world. We couldn’t have known it at the time since the intelligence community kept it from us, but already then, the Islamic world was churning with extremism and experimenting with a broad-based battle to force the world into the Kingdom of Islam.

What was the outcome in al-Qaida’s very first round with the West — the shot heard ’round the world? Well, El Sayyid Nosair was tried in federal court, convicted of murder and sentenced to seven years in prison. After the first World Trade Center bombing in 1993 he was retried for involvement in that plot and got a life sentence.

So there you have it — tackling terrorism in the pre-Sept. 11 era. ’Tis the Clinton way of fighting terrorism. They come at us with battle plans, war cries and troop formations and we counter them with federal prosecutors and the rule of law. We threw the book at Osama bin Laden. He didn’t even flinch. He probably just smirked.

Then came 9/11, the war in Afghanistan and Iraq. We sent soldiers to a bunch of countries across the world that were threatened by the Crescent’s blade. For a while, a long while, America was taking terrorism seriously and leading the world in its fight.

But alas, eight years of Barack “Surrender” Obama’s leading from behind and there was nobody in the vanguard anymore. You know who excels at leading from behind? The French. Which is why their tanks have headlights in the rear. American tanks were in danger of being reformatted à la the Français.

Mr. Donald Trump’s bombshell victory a year ago turned the tide. But calling for capital punishment for warriors in the epic battle of our times shows a shortsightedness that will come back to haunt us. Because Saipov is not a “degenerate animal”; he’s a “soldier of Islam.” Exactly as ISIS said he was. As a fighter in a war he should be treated as a prisoner of war, taken to Guantanamo Bay and held until the war’s end.

You know who is an animal? Bowe Bergdahl, the deserter who was just granted a get-out-of-jail-free card by a military judge. He should be executed for the number of G.I.s who gave their lives searching for him. (Poor Obama, with mazel of Bilaam. His Rose Garden announcement of the prisoner swap which resulted in Bergdahl’s freedom proved to be one of his worst blunders of his presidency, which itself was chock-full of bloopers.)

Who else is an “animal”? Devin Patrick Kelley is one for shooting up churchgoers in a small Texas town this past Sunday. A degenerate animal as ever the name applies, he is deserving of the death penalty.

Saipov is no animal. He does not even necessarily deserve the death penalty. What is he is an enemy combatant.

Normally I would recommend Saipov be accorded Geneva Conventions protections — he must only identify himself by name and rank, be provided with food and not interrogated. But the power to which he declares allegiance has as little regard for international rules of warfare as Nazi Germany.

My proposal? Mr. Trump should convene a military trial equivalent to those done after similar conflicts pocked by war crimes, such as the Nuremburg Trials after World War II. He should get his hands on every IS supporter he can, imprison them in Guantanamo, and then set up a tribunal the likes of which the world hasn’t seen in 70 years. As only Mr. Trump could do. Try the terrorists. Put Saipov and his ilk on the witness bench at The Hague. Let them talk about the degenerate ideology that convinced them to see innocent cyclists as the enemy.

What better way to detoxify the world of IS?

And then there should be a public execution.