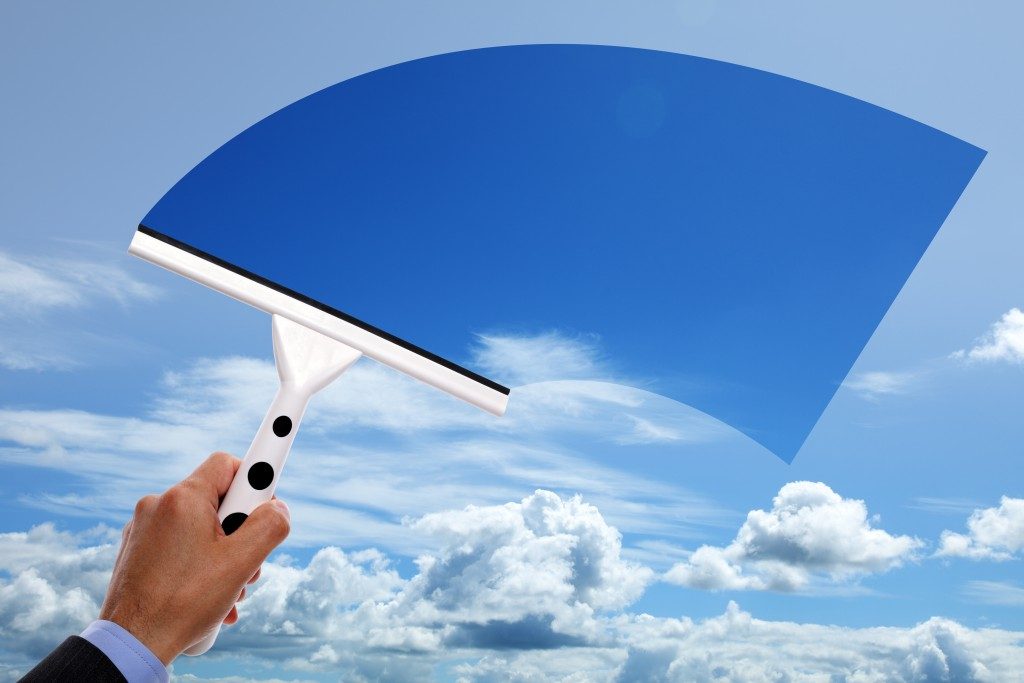 Imagine all of the windows in your home being solar panels instead of clear glass. While saving you much on your electricity bill, it would also make your house awfully dark and dreary, wouldn’t it? That is, until researchers came up with the idea of making transparent solar cells.

“Traditional solar applications have been actively researched for over five decades,” Richard Lunt, associate professor of chemical engineering and materials science at MSU, told Newsweek in a recent interview, “yet we have only been working on these highly transparent solar cells for about five years.”

Integral to the cell’s transparency was pioneering a solar technology that harvests energy from invisible light-wavelengths; thus, eliminating view-obstruction. The system uses materials that catch ultraviolet and near-infrared wavelengths that are guided to the edge of the surface and converted into electricity by thin strips of photovoltaic solar cells. Because of their ultra-thin engineering, there’s potential for retrofitting them onto everything from skyscrapers to smartphones, without replacing windows and screens.

Although lagging far behind their traditional, rooftop counterparts regarding energy collection efficiency (traditional panels clock in between 15 and 18 percent whereas the transparent ultra-slims are currently orbiting somewhere around 5 percent), with an estimated 5–7 billion square meters of glass surface throughout the United States, that still translates into a potential 40 percent production of the country’s entire(!) energy demand. Lunt says he expects to see a three-fold improvement in efficiency in the not-too-distant future. That would mean that these see-through ultra-slims could come close to producing 100 percent of the country’s entire — yes, entire — energy demand.

Reading about this up-and-coming technology brings to mind the expression that Chazal use to describe the highest level of closeness with Hashem: aspaklarya ha’meirah — “the illuminating glass.” Based on Rashi in Sukkah 45b, it seems that the difference between a glass which is “illuminating” and a glass which is “not illuminating” is the difference between a transparent piece of glass versus a translucent piece of glass. The greatest tzaddikim, who are on the highest level, see Hashem, as it were, through a transparent glass which allows Hashem’s brilliance to shine upon them in all its glory, completely unobscured. Tzaddikim who are not quite on that level certainly still receive an abundance of Heavenly light, but it is not with the ultimate clarity of those who see with the aspaklarya ha’meirah. Chazal similarly employ this distinction between aspaklarya ha’meirah versus aspaklarya she’einah meirah to explain the difference between Moshe Rabbeinu’s level of prophecy versus that of all the other Nevi’im. Only Moshe Rabbeinu’s prophecy was on the level of the “illuminating glass” (Yevamos 49b).

The fact that our absolute best bet at extracting the maximum-possible amount of energy from the sun (at least, to date) is through panels that have no color of their own, set me to pondering. We all know that Moshe Rabbeinu was the most humble person to ever walk the face of planet Earth, as the passuk explicitly says, “And the man Moshe was more humble than any other person” (Behaalos’cha 12:3). I recently heard a shiur in which it was explained that Moshe Rabbeinu’s extreme humility was directly interrelated with his supreme level of prophecy. Because he was exposed to an awareness of Hashem — which, of course, includes the reality that everything, but everything, is completely from Him — to which no other human was ever privy, he also became humbler than anyone else. These new photovoltaics, though, got me thinking that perhaps it is true that these two characteristics of Moshe Rabbeinu were intertwined, but it was the other way around. To the degree that he nullified himself before the Ribbono shel Olam, clearing away any “color” or “shade” of his own, Moshe Rabbeinu essentially fashioned himself into a piece of clear glass, a glass that is fully transparent and simply allows the brilliance of the light coming from its Source to shine through. By cleansing himself of the self-centeredness that naturally challenges man, Moshe was able to perfect his glass to the point where there was nothing left to block out the light coming from Hashem.

In this sense, life is a fascinating balance. Because, on the one hand, we are supposed to have aspirations and ambitions to achieve the most we can. After all, what else have we been put here for? And, indeed, the Gemara (Pesachim 68b) tells us that, upon completing a 30-day review of all of his accumulated learning, Rav Sheishes would exclaim, “Rejoice my soul, rejoice my soul! For you have I learned Tanach, for you have I learned Mishnah and Gemara!” For, as Chazal explain, when a person sets out to learn Torah, his initial, primary motivation is the great acquisition and satisfaction that one gains from amassing Torah knowledge and wisdom. Yet, at the same time, key to our success is maintaining a cognizance of the fact that, to the extent that we manage to clean our glass by removing the self-centeredness from our hearts and thoughts, it is to that extent that we will indeed achieve our heart’s greatest desire.