Regional Christie: Gubernatorial Election Not About Him
Regional 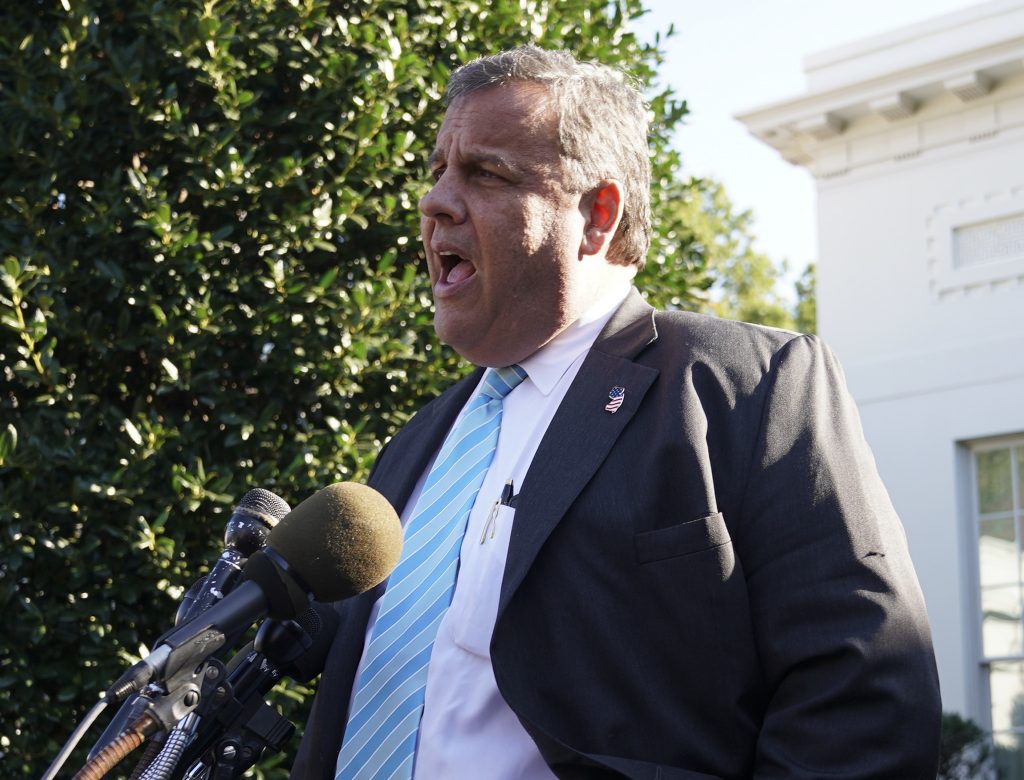 New Jersey Gov. Chris Christie and the candidates running to replace him cast their ballots on Tuesday, and the Republican governor said that the election that has focused heavily on his eight years in office was not about him.

Democrat Phil Murphy and Christie’s lieutenant governor, Republican Kim Guadagno, are the two major party candidates vying to replace the two-term, term-limited incumbent. Polls are open until 8 p.m. New Jersey and Virginia are the only states electing governors this year.

After voting in Middletown on Tuesday, Murphy told reporters that the election is a referendum on the economy, which he described as “not strong.”

“It’s not fair, it doesn’t work for enough people and that’s what this is about,” he said.

Guadagno and family members were met by supporters when they arrived on her campaign bus at their polling place in Monmouth Beach. She said she was excited and believed momentum was building.

Murphy has racked up a double-digit lead in polls and cast himself as a check on unpopular Republican President Donald Trump and pinned his campaign on Gov. Christie’s low approval ratings . He has linked Guadagno to Gov. Christie at nearly every opportunity.

That, coupled with New Jersey’s nearly 900,000 Democratic voter registration and a huge cash advantage, has Guadagno running as an underdog in a state that she helped govern as Gov. Christie’s deputy for the past eight years.

John Holpp, 88, of Hamilton, said that he came to vote because he’s “hoping to get rid of Christie.”

Lisa Kaye, a 60-year-old Democrat from Hamilton, said that she was opposed to Guadagno because she was Gov. Christie’s top deputy. She also is unhappy with the job Pres. Trump is doing and still smarting from Clinton’s loss.

“I don’t think Hillary was great either but I think we were too complacent,” Kaye said. “All these news [stories] that say [Murphy has] double-digit [poll leads], that doesn’t mean he’s going to get in unless we vote.”

Butch Zaborniak, 51, of Hamilton, who voted for Pres. Trump, said that his main consideration in voting for Guadagno was because Murphy has supported the idea of so-called “sanctuary city” policies.

Guadagno’s campaign has focused almost entirely on her promise to lower property taxes, but recently she has steered into a discussion on immigration policy calling for a ban on sanctuary cities.

“It could have been worse,” he said. “I’d have liked to have seen better, but nothing is perfect,” he said. “Christie left a bad taste in their mouth. He didn’t leave on a high note. If it was the (Superstorm) Sandy era, she would win.”

Gov. Christie has seen his job approval ratings transform, from a high after Superstorm Sandy when he got good grades for handling the fallout of the fatal storm just before Election Day in 2012, to his record-low approval in the year after the presidential contest.

Murphy, 60, is a wealthy former Goldman Sachs executive who loaned his primary campaign $16 million. He led the firm’s operations in Hong Kong and Germany before President Barack Obama tapped him to serve as the United States’ ambassador to Germany in 2009. He has never held elected office before. Murphy is a resident of Middletown in Monmouth County.