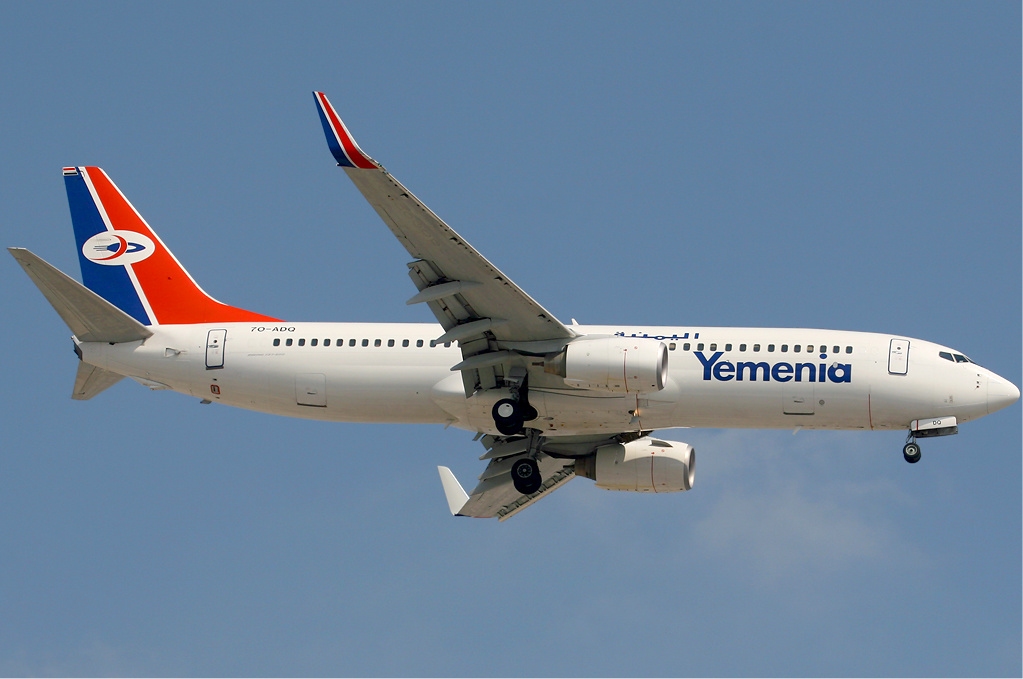 Yemen’s national airline said Monday it has canceled all flights to the country’s only two functioning airports after the Saudi-led coalition battling Houthi rebels announced the closure of all land, air and sea ports.

The tightening of an embargo that has been in place since 2015 came after a ballistic missile fired by the Houthis at an international airport on the outskirts of the Saudi capital was intercepted. The Houthis have fired a number of missiles across the border in recent years, but Saturday’s strike appeared to be the deepest yet within Saudi territory.

The coalition blamed Iran for Saturday’s missile strike, saying it could be “considered as an act of war.” Iran supports the Houthis but has denied arming them and said it had nothing to do with the missile launches. The Houthis have said their Volcano-variant ballistic missile is locally produced.

The closures could further limit access for the delivery of humanitarian aid to the Arab world’s poorest country, which has been devastated by more than two years of conflict. The fighting has killed more than 10,000 civilians and displaced up to 3 million. The coalition said the closures would be temporary and “take into account” the work of aid organizations.

Yemenia airlines said Monday that the coalition, which controls Yemen’s airspace, had declined permission to fly out of Aden and Sayoun, both in areas of southern Yemen controlled by coalition allies.

Yemen’s main international airport, in the rebel-held capital, Sanaa, has been closed since August 2016 by order of the coalition. The rebel-held north has largely relied on the Red Sea port of Hodeida, which is controlled by the Houthis, for delivery of much-needed humanitarian aid and fuel supplies. A full blockade of the port would cut off a crucial lifeline for the Houthis, as well as millions of civilians.

It’s not yet clear whether any supplies will be allowed to enter via land crossings with Saudi Arabia and Oman.

The missile strike has further stoked tensions between Sunni Saudi Arabia and Shiite Iran, regional rivals who support opposing sides in the wars in Yemen and Syria.

“Iran’s role and its direct command of its Houthi proxy in this matter constitutes a clear act of aggression that targets neighboring countries, and threatens peace and security in the region and globally,” the statement said. “Therefore, the coalition’s command considers this a blatant act of military aggression by the Iranian regime, and could rise to be considered as an act of war against the kingdom of Saudi Arabia.”

The Saudi-led coalition launched a wave of airstrikes on the rebel-held capital, Sanaa, apparently in response to the ballistic missile. Saudi Arabia said it shot down the missile, with fragments landing in an uninhabited area north of the capital.

President Donald Trump was quick to blame Iran on Sunday. “A shot was just taken by Iran, in my opinion, at Saudi Arabia. And our system knocked it down,” Trump said, referring to the Patriot missile batteries Saudi Arabia purchased from the U.S.

The Houthis said in a statement that the missile was launched in response to bombings that have killed civilians.