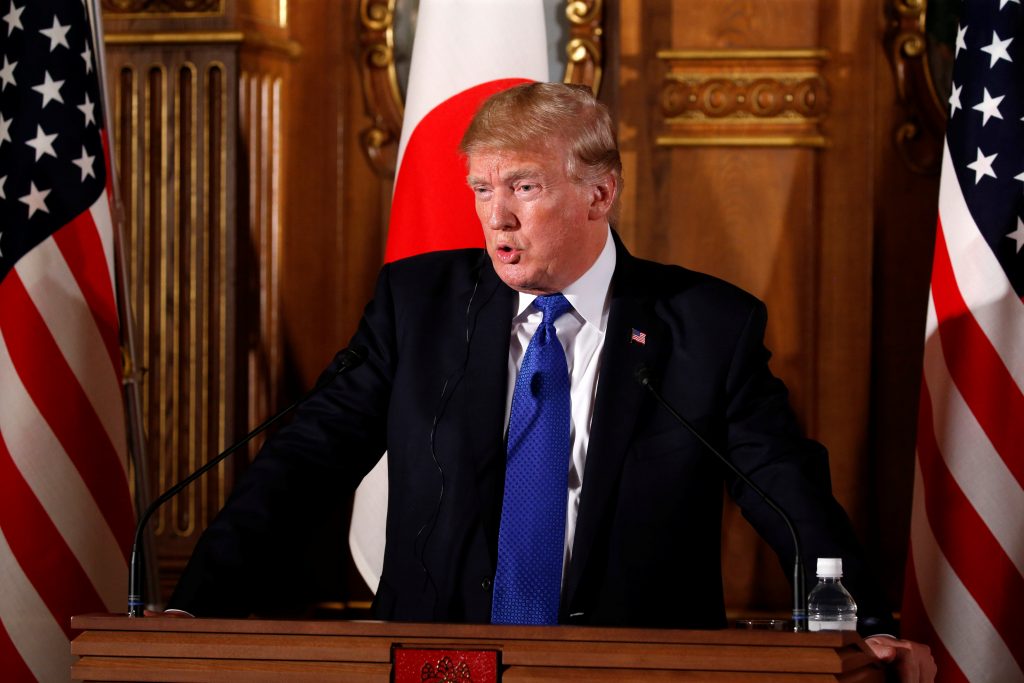 President Donald Trump on Monday called the mass shooting in Texas that left at least 26 people dead a “mental health problem,” not “a gun situation.”

Asked what policies he might support in response to the shooting at a press conference in Tokyo, Trump said that based on preliminary reports, the gunman was “a very deranged individual, a lot of problems.”

The lone gunman, carrying an assault rifle, opened fire after entering First Baptist Church in Sutherland Springs, about 40 miles east of San Antonio, killing people that ranged in age from 5 to 72.

After the shooting, the suspect, described as a white man in his 20s, was fired on by a local resident. He fled in his vehicle and was later found dead in a neighboring county.

It was not immediately clear if the suspect killed himself or he was hit by gunfire by the resident, authorities said.

Trump is in Japan for the start of a 12-day trip through five Asian nations.