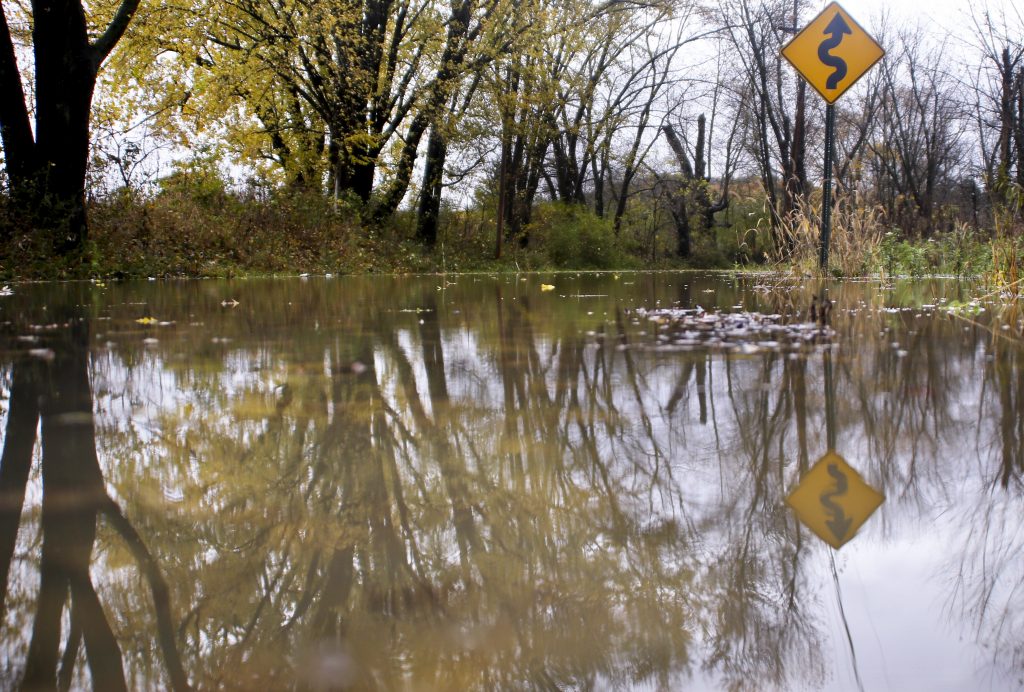 A powerful storm with straight-line winds and possible tornadoes tore roofs off factories, ripped away storefronts and destroyed homes across Indiana, Ohio and into Pennsylvania, and on Monday, the National Weather Service planned to survey some of the damage.

Scuba divers found the bodies of two men inside a home’s flooded basement where they were seeking shelter during a tornado warning in Erie, Pennsylvania, authorities said.

Six people were hurt, though none seriously, at a restaurant in the western Ohio city of Celina on Sunday when local officials said what appeared to be a tornado touched down. Gaping holes could be seen in the concrete walls and roof of a factory that makes heavy equipment.

“I’ve seen a lot of hard hit areas with storms, even as far as having relatives down in the hurricanes,” Celina Mayor Jeffrey Hazel told WHIO-TV. “I can say this is pretty tremendous damage in this area.”

On Monday, the NWS was working to determine whether tornadoes touched down in Indiana and Ohio.

Close to 40,000 people near Cleveland and Akron were without power Monday morning and some were told it could take a few days before electricity was restored.

In Pennsylvania, the storm dumped around four inches of rain around Erie, but it’s too soon to know whether damage there was caused by a tornado.

A rush of storm water collapsed a wall of the home where the two men were found dead, spilling about eight feet of water into the house in Erie, said John Groh, Millcreek Township supervisor. The names of the victims have not yet been released.

“We’ve never seen that kind of water in that period of time,” he said. “I’ve lived here 60 years and I’ve never seen a storm like this.”

In Indiana, the storm pushed part of the brick facade at the top of the Muncie Fieldhouse onto its roof, sending “thousands of gallons of water a minute” into the historic basketball gym that opened in 1928, Mayor Dennis Tyler told the (Muncie) Star Press.

The storm also ripped apart a football stadium press box and tossed metal bleachers onto the field at a high school near Sandusky, Ohio. Winds ripped off the facade of a restaurant in Findlay and heavily damaged several mobile homes.