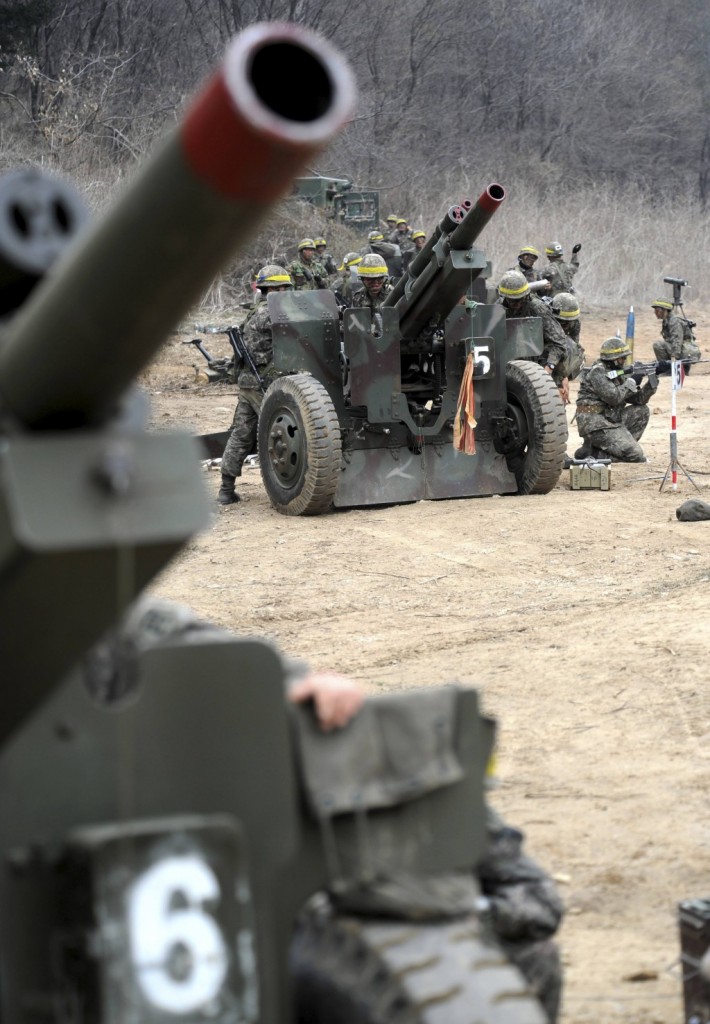 President Donald Trump will visit South Korea on Tuesday on the second leg of his first official Asian tour. While Trump will be looking to use his trip to strengthen Washington’s alliance with Seoul and reaffirm their joint push to maximize pressure on North Korea over its nuclear program, he will also be faced with several thorny issues weighing on the relationship. Here’s a look at some of them.

Both Trump and South Korea’s liberal President Moon Jae-in agree that it’s time to ramp up sanctions and pressure on North Korea, which has ignored international condemnation as it moves forward with its nuclear and missile tests.

But Moon, a former human rights lawyer, still favors dialogue as a way to defuse the nuclear tension and vehemently opposes a potential military clash, which experts believe would cause enormous casualties in South Korea. This contrasts with Trump, who has threatened the North with “fire and fury” and exchanged warlike rhetoric with North Korean leader Kim Jong Un.

The world will be watching what kind of language Trump will use in his comments on North Korea. A hint at a military option or crude insults directed at Kim — like the term “Little Rocket Man” he previously used to deride the young North Korean dictator — is certain to enrage North Korea, which could react with weapons tests and threats of war.

Increasing animosity would be a burden for Moon.

Renegotiating South Korea’s bilateral free trade agreement with the U.S., dubbed KORUS, is likely be high on the agenda during the Trump-Moon summit. Trump has criticized the deal as a source of the U.S. trade deficit with South Korea, an argument officials there dismiss.

The two countries eventually started talks this summer on renegotiating the deal, which went into effect five years ago. Many South Koreans are watching if Trump will make off-the-cuff remarks on the trade deal during news conferences or on Twitter.

Trump wants South Korea to pay more for the U.S. military presence on its soil, which is chiefly aimed at deterring potential aggression from North Korea.

Since taking office in January, Trump hasn’t publicly threatened to pull out the troops but he harkened back to an election campaign request for greater burden-sharing with South Korea during his first summit talks with Moon in late June.

South Korea currently pays more than 900 billion won ($800 million) annually and negotiations with the United States are to start in the coming months to try to determine a new amount for South Korea to contribute.

South Korea’s recent agreement with China to try to end disputes over an advanced U.S. missile defense system deployed in South Korea could be an issue.

Critics say the South Korean moves, dubbed by local media as its “Three No” policies, could undermine the operational capability of the allied South Korea-U.S. forces and Trump’s push to bolster three-way cooperation with Seoul and Tokyo to put more pressure on Pyongyang.

Other issues at stake are South Korea’s hope to regain the wartime operational control of its troops, currently placed in the hands of the chief of the 28,000 U.S. troops in the South, and Seoul’s possible purchase of high-tech U.S. weapons systems.