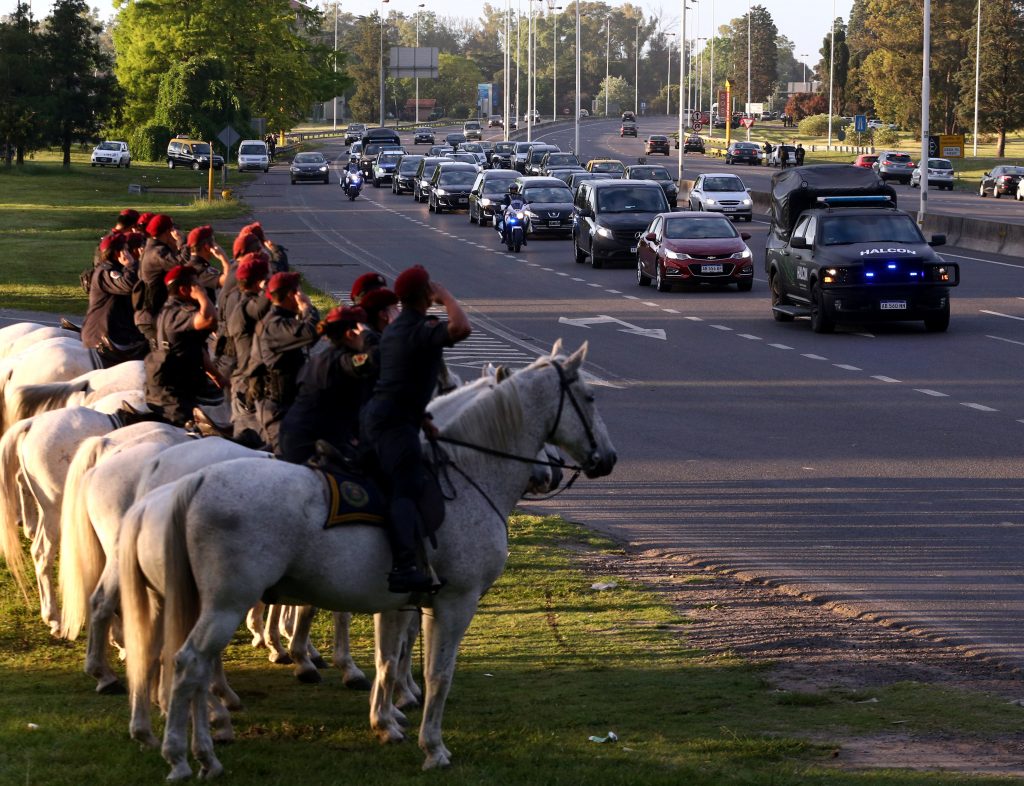 The bodies of five Argentine men killed in a truck attack in New York City arrived Monday morning at a Buenos Aires airport, where a police escort received them.

Several dozen officers accompanied the bodies of the victims as they were transported from Buenos Aires Ezeiza International Airport in a motorcade to Rosario, hometown of the five men and Argentina’s third-largest city.

Other officers on horseback saluted as the cars carrying the mens’ bodies passed through the streets of Buenos Aires.

Family members, who had flown to New York after the attack to bring home the victims, were expected to take another flight from Buenos Aires to Rosario on Monday morning, according to local media.

The five, who were businessmen or architects, were among eight people killed in the truck attack as they rode bicycles on a pedestrian path in lower Manhattan along the Hudson River on Oct. 31. The Argentines were part of a group of 10 friends who had traveled to New York to celebrate the 30th anniversary of their high school graduation.

Rosario entered a three-day mourning period after the deadly attack. The victims’ high school, where administrators said lifelong friendships are common among students, is observing a week-long mourning period and counseling students on the circumstances of the attack.

Guillermo Banchini, one of the men on the trip who survived the attack, urged justice as he spoke from the Argentine counsel in New York on Friday.

“Let there be justice. Let this not be repeated, not here nor anywhere in the world,” Banchini said.

Also Monday, Argentine President Mauricio Macri placed flowers at the site of the attack in Manhattan, at a ceremony with New York City Mayor Bill de Blasio. Macri is in New York on a previously planned trip to meet with investors and business executives.

At the ceremony in New York, Macri said that such tragedies unite people of goodwill around the world, and he stressed the importance of nations working together to thwart terrorism.