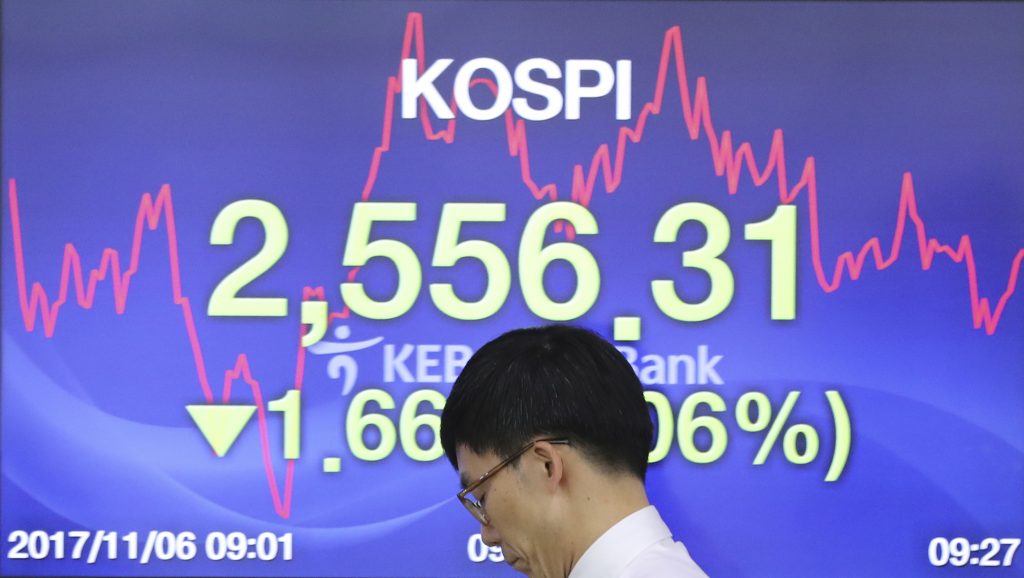 Asian markets slipped on Monday as weaker-than-expected U.S. jobs figures dented sentiment. Investors were also keeping an eye on President Donald Trump’s visit to Asia, where he is expected to discuss North Korean nuclear issues with leaders in the region.

“While we have very light U.S. economic diary this week, there will be no lack of political bluster as the U.S. tax reform debate rages while Trump deals with North Korean nuclear ambitions and regional trade relations during his whirlwind tour of Asia,” Stephen Innes, head of trading at OANDA, said in a daily commentary. “But make no mistake the focus is squarely on North Korea headlines.”

On Friday, U.S. employers added fewer-than-expected 261,000 jobs in October, and the unemployment rate dipped to 4.1 percent, its lowest level in nearly 17 years. But wage growth was also weaker than economists forecast. Average hourly earnings were up 2.4 percent from a year earlier, a slowdown from September’s 2.8 percent rate. Analysts said the below-expectations jobs figures did not dent expectations for a Federal Reserve rate hike in December.