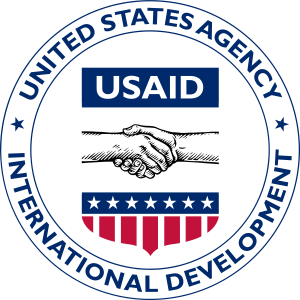 For the foreseeable future, the developing world will have fewer American engineers, economists, teachers and health workers to help prepare for the future.

The U.S. Agency for International Development sent letters last month to 97 applicants for Foreign Service jobs, saying the positions had been “cancelled.”

None of the applicants work for USAID. But many already had passed their required medical and security clearances and had been waiting months to be hired, according to an official with the agency.

The jobs were all for overseas spots at the core of USAID’s mission and were being sought to fill existing and anticipated vacancies caused in part by attrition, said the official, who spoke on the condition of anonymity to address hiring decisions more candidly.

USAID is an independent agency, but it follows foreign policy guidance from the Secretary of State. Its mission is to ease poverty, promote democracy and assist economic development.

The decision to inform applicants that the jobs they sought no longer exist grew out of a partial hiring freeze put in place by Secretary of State Rex Tillerson while a “redesign” of the department is underway. Ending any pretense that the positions might open soon was a tacit admission that the freeze is unlikely to lift, even if Congress restores budget cuts of 30 percent or more sought by the Trump administration.

Tillerson, a former chief executive of ExxonMobil, has spoken animatedly of his efforts to streamline the State Department and reorganize it for the current century. He has called it the most important task he will accomplish during his tenure as the nation’s top diplomat.

Many senior State Department positions, such as assistant secretaries of state, remain unfilled, so lower-level diplomats are doing the jobs temporarily. But the need to keep things running has caused Tillerson to personally approve more than 2,800 exceptions to the freeze, such as hiring family members at overseas postings.

The State Department still has almost 76,000 employees, roughly its size when Tillerson took the job in February. Two-thirds are local hires.

But USAID, which has 3,200 employees, appears to have experienced steeper cuts than the State Department as a whole. Under the Trump administration, it has been allowed to hire only five Foreign Service officers, out of more than 1,700 in all, and nine civil servants.

The job cancellations, first reported by Devex.com, a website focusing on development issues, are not a harbinger of the agency being merged into the State Department, said USAID spokesman Clayton McCleskey.

“As the secretary and Administrator [Mark] Green have made clear, there are no plans for a merger of State and USAID,” he said.