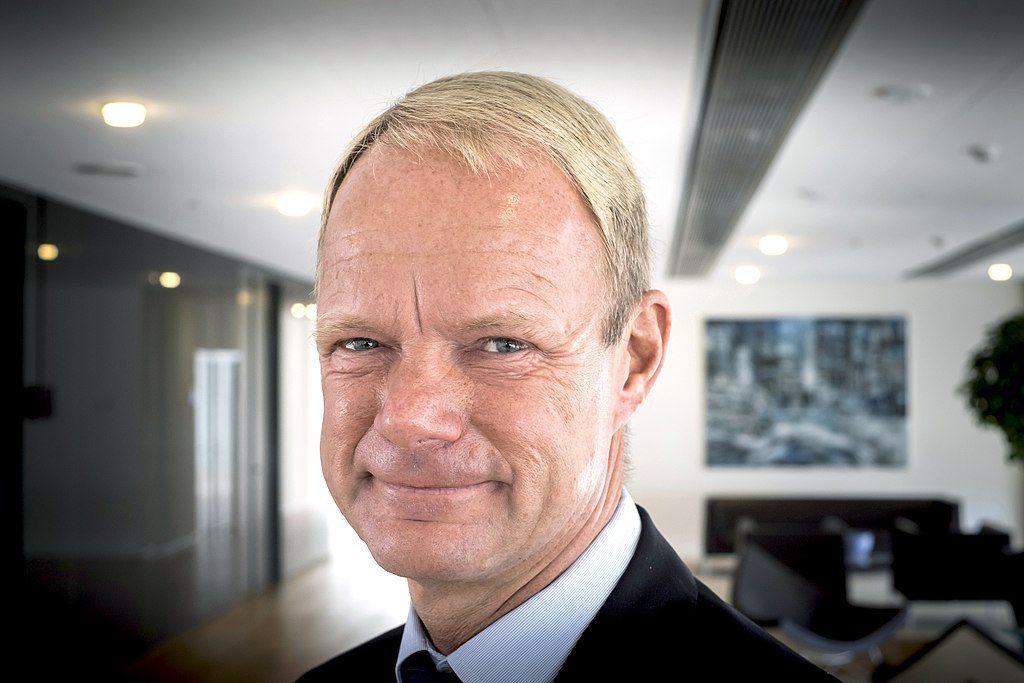 Teva Pharmaceutical Industries new CEO Kåre Schultz took over at what might be the worst possible moment for the company, as well as for him personally.

Just as he began work in Teva’s Petach Tikvah headquarters late last week, the bottom, which Schultz might be forgiven for thinking Teva had already reached, fell out again. A disastrous third quarter report chopped another 20 percent off the share price, leaving it at a miserable $11.23, with a market cap of $11.4 billion.

In a conference call on Thursday, after the news broke, Schultz didn’t have much to say beyond the grim obvious:

“I recognize the significant debt burden that Teva is currently under, and it will be an absolute priority for me that we stabilize the company’s operating profit and cash flow in order to improve our financial profile.”

He declined to take questions.

The pain is not strictly corporate. Schultz himself will be hurt by Teva’s latest convulsion. According to his terms of employment, he obtained three packets of blocked shares amounting to a total of $20 million – on the basis of the $15.50 share price before the report of his appointment.

“Every Israeli holds it, at least indirectly through his pension savings. Today also, as one of the leading companies on the Tel Aviv Stock Exchange (TASE), Teva’s share is included in the investment portfolios of virtually all Israeli financial institutions,” the paper noted.

This “popularity” of Teva translates into 5.5 percent of the company’s shares, mostly in long-term savings instruments, and the rest through mutual funds. The company’s precipitous downhill slide this year has meant an estimated loss of $3 billion (over NIS 10 billion) Israeli shareholders.

However, the outlook isn’t all black. For one thing, there’s debt reduction: the company has renegotiated finance repayment terms and divests itself of non-core assets worth about 10 percent of the debt. Teva recently announced the sale of its women’s health assets to CVC Partners for $525 million and it is reportedly in advanced talks to sell oncology assets to Cerberus for $1 billion.

Also on Sunday, Leonard (Len) Blavatnik was reportedly considering a substantial investment in Teva. Talks are only at an initial stage, but if he does buy in, it would also help the company meet its commitments.

Blavatnik’s Israeli interests include control of Clal Industries, indirect control of Channel 10, and a stake in Reshet (now operating Channel 13),and is invested through Clal Industries in Clal Biotechnology, in which Teva also holds shares and in which it recently increased its stake.