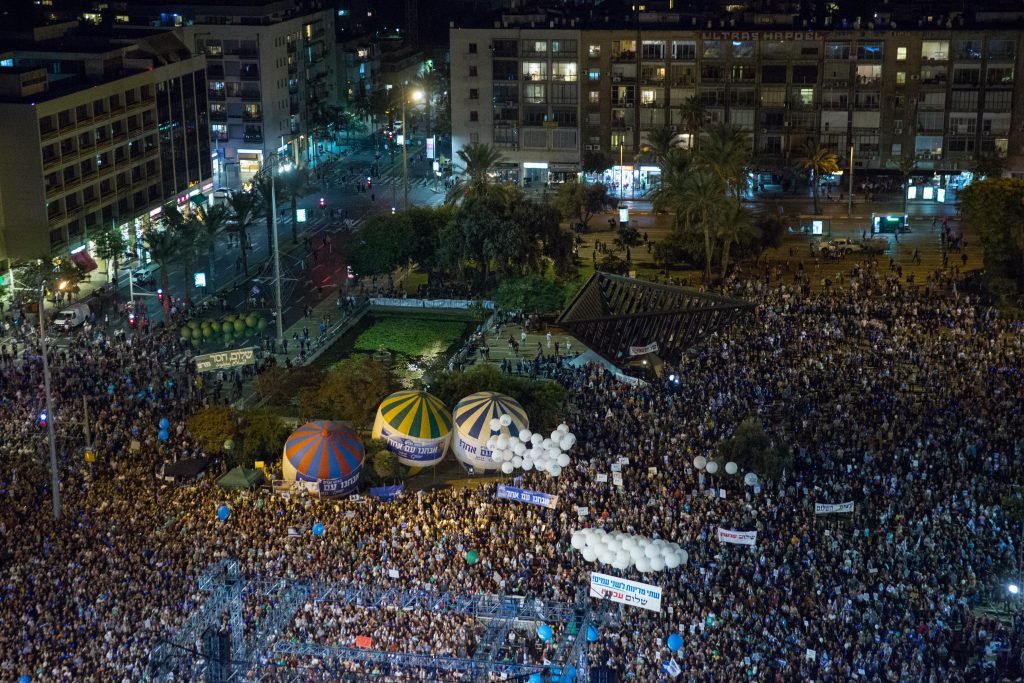 Police estimated that some 75,000 people gathered in Rabin Square in Tel Aviv Motzoei Shabbos to commemorate the life and death of murdered Prime Minister Yitzchak Rabin, who was killed 22 years ago in the plaza that bears his name. Speakers included figures from both the left and the right, with most of the speakers emphasizing not the peace process, but the need for Israelis from different political viewpoints to work together.

Representing the government was one of its most right-wing members – Agriculture Minister Uri Ariel (Jewish Home), who said that “this event is a national event, and unity today is more important than ever. We have been making a great effort to change the nature of the dialogue between the camps. The progress we have made on this is a historical lesson, one that we must keep striving for 22 years after the murder.”

Also speaking from the right was MK Yehuda Glick, who said that one reason for the event was “to make sure such a political murder does not happen again. We are one nation; we do not have the privilege of holding grudges forever. The majority want dialogue, not hatred and division.” As both he and Ariel spoke, along with Gush Etzion Regional Council head Oded Revivi, leftists unfurled banners condemning Israeli policy in Yehudah and Shomron and loud catcalls could be heard from parts of the crowd.