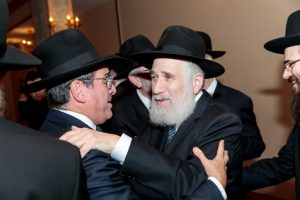 Rabbi Yonah Blumenfrucht z”l, legendary askan and baal chessed, was niftar on Sunday afternoon after suffering with an illness for nearly a year. He was 71 years old.

For individuals and countless mosdos, Reb Yonah was the first address in times of need. His phone number was well used by leaders of many community institutions for sage advice or for favors that it seemed only he was capable or willing to do. A line of needy people collecting for a host of personal causes waited him daily after Shacharis in Khal Sasregan in Flatbush where he daily distributed exceptionally generous amounts of tzedakah.

“There was nobody like him,” said one close friend. “He wasn’t a baal chessed because he didn’t just do chessed, he was an ish hachessed, it was in his blood, part of who he was. He didn’t give with cheshbonos, he gave because he loved every Jew and did whatever he could to help them.” 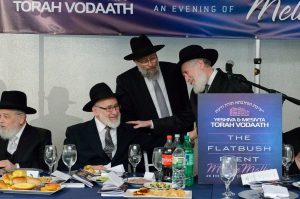 Yonah Meir Blumenfrucht was born in 1946 in the Crown Heights section of Brooklyn. His father, Reb Zishe Blumbenfrucht, z”l, was niftar before Yonah’s bar mitzvah. His mother, Mrs. Rose Blumenfrucht, a”h, was left widowed with several young children. Amid the sadness and loss, Reb Yonah began a lifetime of chessed slowly beginning to serve as a surrogate father for his younger siblings.

From his youngest years, Yonah attended Yeshiva Torah Vodaath, an institution with which he would forge a lifelong bond. With his ahavas haTorah and sincere thirst for ruchniyus, he developed close relationships with many of the yeshivah’s great Rebbeim. Foremost among them, was Harav Avrohom Pam, zt”l, from whom Reb Yonah inculcated the Gadol’s ahavas Yisrael and uncompromising yashrus. Even many decades after leaving Torah Vodaath, he remained integrally involved in the mosad’s operations, serving each year as chairman of its dinner.

In 1970, Reb Yonah married Fraidy Rosenberg. The couple settled in Flatbush, where they built a home that was a fortress of chessed in Klal Yisrael. Reb Yonah became one of the mainstays of Khal Sasregan, serving for many years as president of the kehillah. He also maintained a close bond to Khal Emunas Yisrael in Boro Park and to his manhig, Harav Moshe Wolfson, shlita. 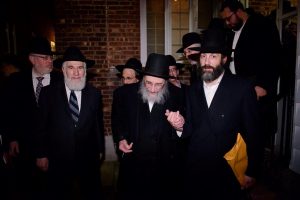 Reb Yonah was among the key supporters and lay leaders of a number of institutions, among them, Beer Hagolah Institutions, Bonei Olam, and Shuvu. He maintained a close bond with the Toldos Avraham Yitzchak Rebbe and was also a key supporter of the institutions of his Chassidus. Yet, a cause did not need to come with any title or, much less, kavod to attract Reb Yonah’s involvement. Innumerable individuals both locally and from Eretz Yisrael knocked on his door and rang his phone for help, guidance, and sometimes just for his sympathetic ear.

His lev tov, simchas hachaim, ability to empathize with the situation of others, and sincere dedication to the needs of Klal Yisrael made a him a friend and confidant of Gedolei Yisrael and the simplest of Jews alike.

The levayah was scheduled to begin at Khal Emunas Yisrael before continuing to Khal Sasgregan and then to the Floral Park Cemetery in Deans New Jersey for kevurah.

Reb Yonah is survived by his wife as well as by his children and many grandchildren.