Israel Kahlon and Liberman: No Chance of Coalition With Gabay
Israel 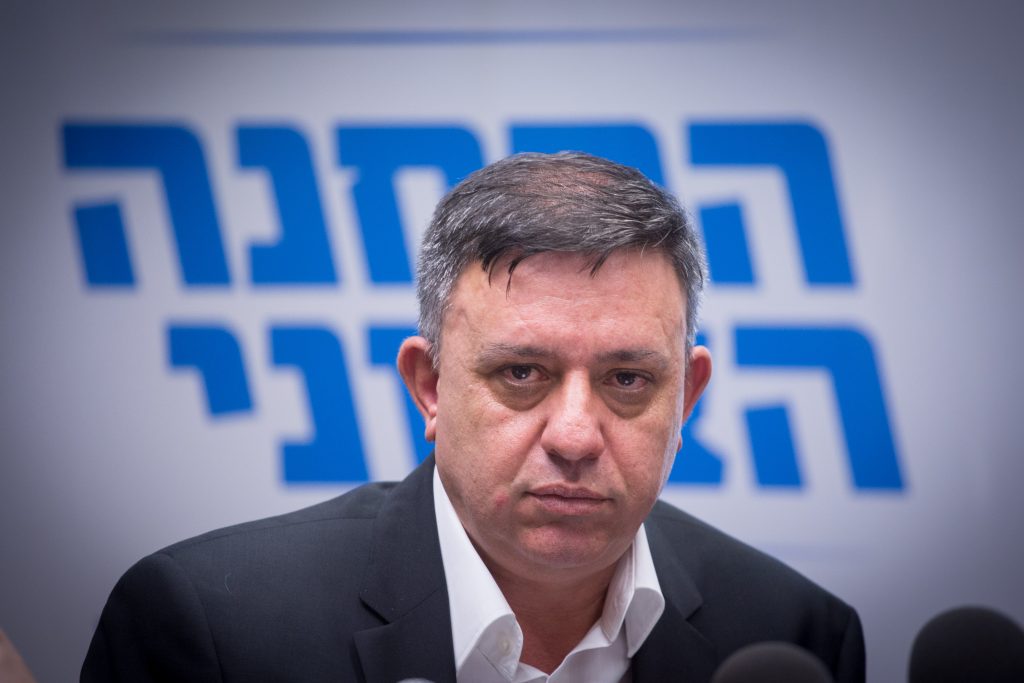 With Zionist Camp rising in the polls, politicians are considering a “what if” scenario that could evolve in the next election in which the Likud is no longer the largest party in the Knesset. Both Yisrael Beytenu head Avigdor Liberman and Kulanu chairman Moshe Kahlon said in weekend interviews that they are not interested in joining a government that would be headed by Zionist Camp head Avi Gabay.

Speaking on Reshet (Channel 13), Kahlon said that he was not “angry” at Gabay, even though he had left Kulanu after establishing it with Kahlon. His differences with Gabay were ideological and political. “Let me say this in as clear a manner as possible: We will not be a ‘fig leaf’ for a leftist government,” Kahlon said. “I consider myself to be part of the national camp, unlike the Labor Party and the ideology it follows. I opposed the disengagement and I am in favor of the Land of Israel, and a united Yerushalayim. Thus, I do not see us joining a leftist government led by Labor.”

Liberman, in his interview, called Gabay “irrelevant. There are at least two parties — Yisrael Beytenu and Kulanu — that will never join a Gabay-led coalition. It will be impossible to set up a coalition without those two parties.” Liberman, too, said that he had nothing personal against Gabay. “There are a thousand and one reasons for these two parties never to be part of a coalition led by him. He has no chance of becoming prime minister; you can forget about that possibility altogether.”

In a poll released last week, the Likud still would get the most seats in the Knesset, with 24 seats. However, the electoral power of Zionist Camp and Yesh Atid — seen as the main components of an anti-Netanyahu coalition — had grown, with the Gabay-led Zionist Camp getting 21 seats, and Yesh Atid, led by Yair Lapid, getting 20 seats. Jewish Home would get 12 seats in new elections, while United Torah Judaism would rise to eight seats, and Shas would get just four. Kulanu would receive eight seats and Yisrael Beytenu would get six. Meretz would get five seats. Without Kulanu and another party (assuming Gabay would not take in the United Arab List, with its 13 seats), Gabay would not be able to form a coalition.