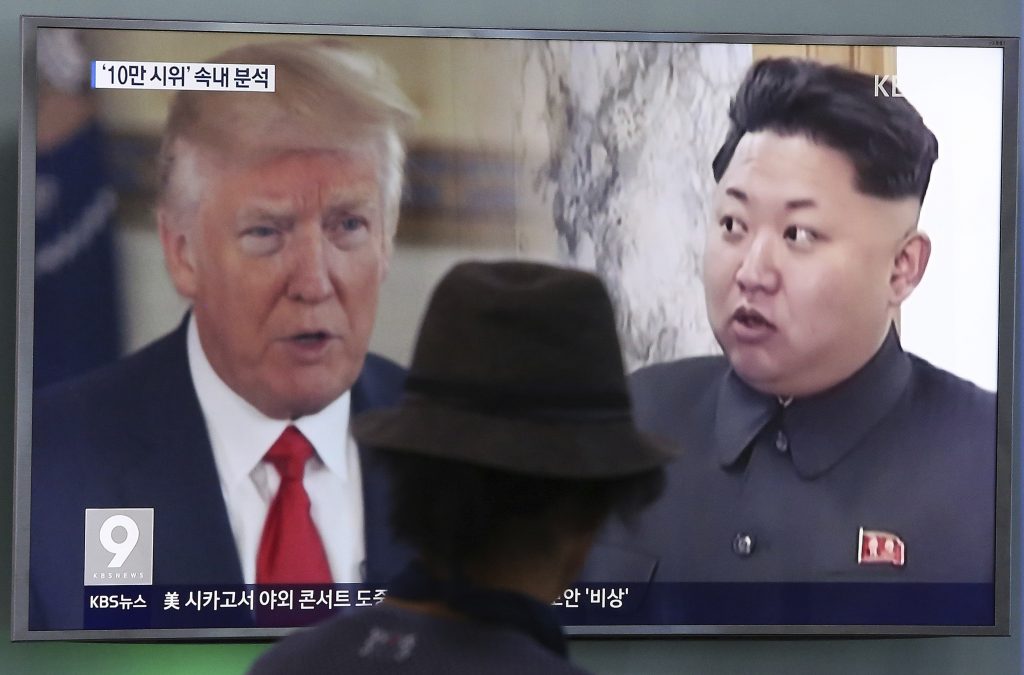 The only way to locate and destroy with complete certainty all components of North Korea’s nuclear weapons program is through a ground invasion. That blunt assessment from the Pentagon is in response to a letter from two Democratic congressmen asking about casualty assessments in a conflict with North Korea.

Rear Adm. Michael J. Dumont of the Joint Staff offered the assessment in response to a letter from Reps. Ted Lieu of California and Ruben Gallego of Arizona.

Dumont noted that the U.S. is evaluating North Korea’s ability to target heavily populated areas of South Korea with long-range artillery, rockets and ballistic missiles. He also pointed out that Seoul, the South’s capital with a population of 25 million, is just 35 miles from the demilitarized zone. The amount of casualties would differ depending on the advance warning and the ability of U.S. and South Korea forces to counter these attacks, he said.

“A classified briefing would be the best place to discuss in detail the capability of the U.S. and its allies to counter North Korea’s ability to respond with a nuclear weapon and eliminate North Korea’s nuclear weapons located in deeply buried, underground facilities,” he said. He also mentioned the possibility that chemical and biological weapons might be used by the North in case of a conflict.

Military officials would be happy to join “the intelligence community to address these issues in a classified briefing,” he said.

In a joint statement issued Saturday, 15 Democratic lawmakers and one Republican — all military veterans — called the assessment that a ground invasion would be required to destroy the North’s nuclear arsenal “deeply disturbing” and that such an action “could result in hundreds of thousands, or even millions of deaths in just the first few days of fighting.”

“It is our intent to have a full public accounting of the potential cost of war, so the American people understand the commitment we would be making as a nation if we were to pursue military action,” the lawmakers said.

They also said the Trump administration “has failed to articulate any plans to prevent the military conflict from expanding beyond the Korean Peninsula and to manage what happens after the conflict is over.”

“With that in mind, the thought of sending troops into harm’s way and expending resources on another potentially unwinnable war is chilling. The president needs to stop making provocative statements that hinder diplomatic options and put American troops further at risk,” they said.