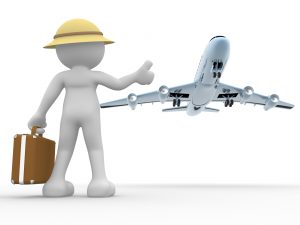 The demand for air travel continues to surge, with U.S. carriers expected to fly a record 28.5 million passengers over the Thanksgiving holiday, a 3 percent increase from the previous year.

Despite the continued growth in passengers, the nation’s airlines are starting to report a drop in profits.

Industry trade group Airlines for America predicted the increase in passengers for the Thanksgiving period, from Nov. 17 to Nov. 28. The same group said rising expenses — in particular an 8.1 percent increase in labor costs and 17 percent rise in fuel costs — are cutting into profits.

During the first nine months of the year, the nine biggest carriers reported total pretax profits of $14.7 billion, which is a margin of 12 percent. That’s down from $18.4 billion, or a margin of 15.5 percent, in the comparable period last year, the group reported.

Still, John Heimlich, the chief economist for the group, predicted that travelers should continue to get low fares thanks to “the highly competitive air-service landscape.”