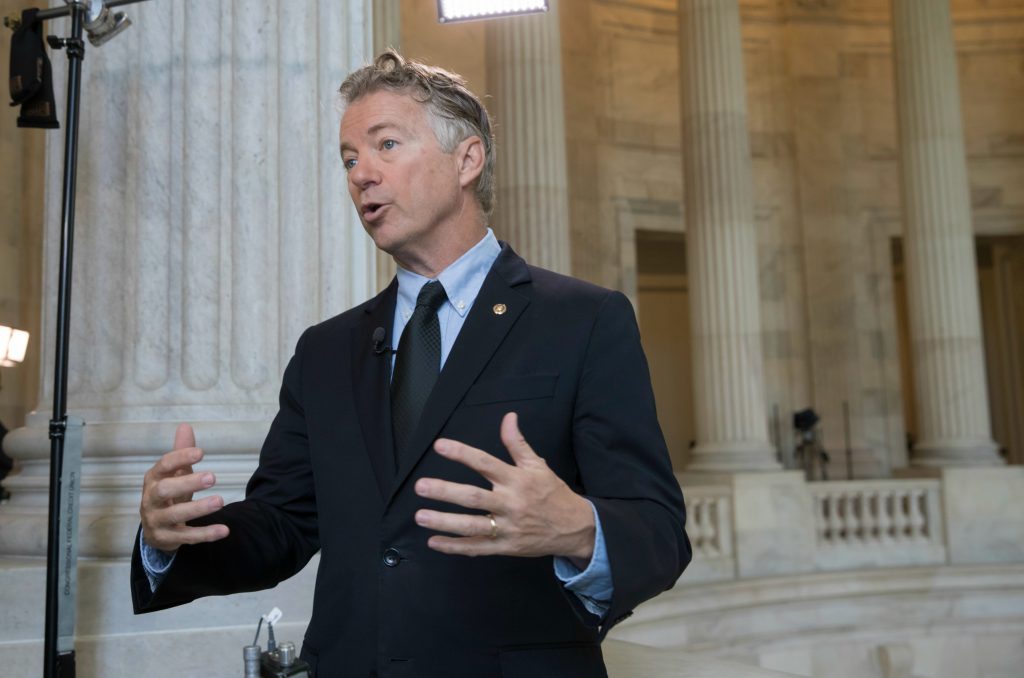 A man has been arrested and charged with assaulting and injuring Sen. Rand Paul of Kentucky, authorities said Saturday.

Kentucky State Police said in a news release that Paul suffered a minor injury when 59-year-old Rene Boucher assaulted him at his Warren County home on Friday afternoon.

Boucher, of Bowling Green, is charged with fourth-degree assault with a minor injury, a misdemeanor. He is being held at Warren County’s jail on $5,000 bond. An automated phone system at the jail did not provide access to lawyer information for Boucher.

Kentucky State Police Master Trooper Jeremy Hodges said he could not release details of the assault because of security issues.

Hodges said Boucher would have faced more serious charges if had he used a weapon or if Paul had been injured seriously.

“If he was using any type of a dangerous instrument, then it would have been a felony charge,” Hodges said by telephone Saturday.