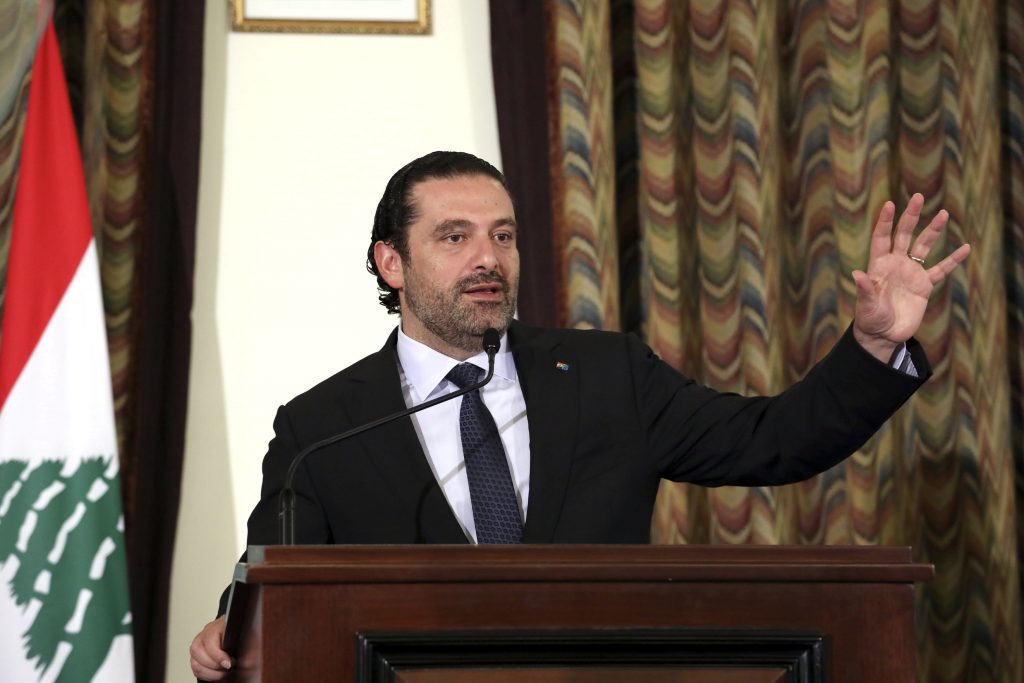 The resignation of Lebanese President Saad al-Hariri must be a wake-up call for the world about the aggressive attempts by Iran to infiltrate countries and impose its will on other countries, Prime Minister Binyamin Netanyahu said in a statement Motzoei Shabbos. “The resignation of al-Hariri and his comments on Iran are a wake-up call to the international community to act against Iran, which is trying to turn Syria into a second Lebanon. This aggressiveness endangers not only Israel, but the entire Middle East.”

Earlier Saturday, al-Hariri announced his resignation while on a visit to Saudi Arabia, blaming the move on Iran and Hezbollah. “”We are living in a climate similar to the atmosphere that prevailed before the assassination of martyr Rafik al-Hariri,” his father, who was killed in a car bomb incident in 2005 that many believe Hezbollah was involved in. “I have sensed what is being plotted covertly to target my life,” he added. Arab news sources said that al-Hariri had very recently survived an assassination attempt, which was the direct impetus for his decision.

Al-Hariri placed the blame squarely on Iran and Hezbollah. “Because of Iran’s involvement in our country and the attempts by Hezbollah to establish facts on the ground I have decided to resign. I and my government have tried to keep to a policy of non-intervention in the crises in our region, but Iran keeps trying to intervene in Lebanon’s internal affairs. Iran very much wants to bring chaos and destruction to the Arab world, but the evil it is sowing will return to it and attack it like a boomerang,” he said.

Lebanese President Michel Ayoun will likely take the reins of the government until a new one can be formed. According to the Lebanese constitution, the Prime Minister of Lebanon must be a Sunni Muslim, the President a Christian, and the chairman of the parliament a Shiite Muslim.

In response to the announcement, Iran said that al-Hariri “reiterated untrue and unsubstantiated accusations of the Zionists, the Saudis and the Americans against Iran. This is an indication that the resignation was designed to create tension in Lebanon and the region. We believe that Lebanese citizens will easily overcome this matter.”