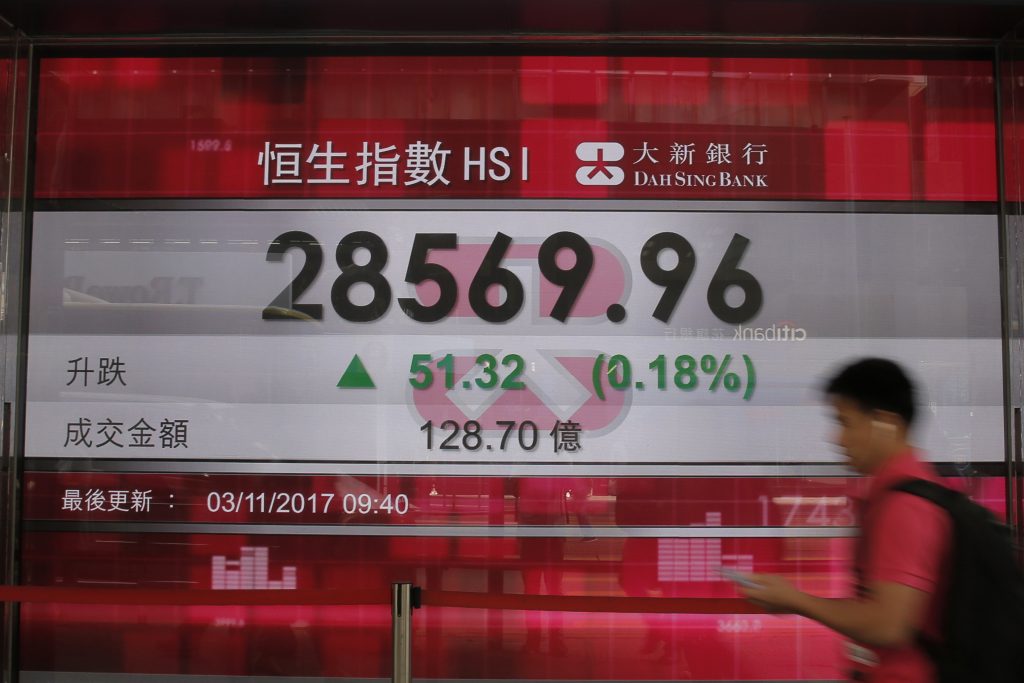 Most world stock markets were higher Friday as investors welcomed news that the next Fed chief will be Jerome Powell, seen as a safe choice ensuring continuity at the world’s most influential central bank.

President Donald Trump chose Fed Governor Powell to lead the Federal Reserve after current Chair Janet Yellen’s term ends in February. Powell, a policymaker at the U.S. central bank since 2012, is expected to follow Yellen’s cautious approach to raising interest rates. His selection wasn’t a surprise for Wall Street, which had him as the front-runner.

Markets are assessing the $1.5 trillion tax-cut plan unveiled by U.S. House Republicans. Under the plan, corporate rates will be cut, personal rates for most Americans will be lowered and some prized deductions will be reduced or eliminated. Attention was also turning to the latest U.S. payroll and unemployment data due out later in the day and its implications for the Fed’s interest rate policy.

Oil futures extended gains. U.S. benchmark crude oil rose 36 cents to $54.90 a barrel in electronic trading on the New York Mercantile Exchange. The contract rose 24 cents to settle at $54.54 a barrel on Thursday. Brent crude, the standard for international oil prices, picked up 43 cents to $61.05 a barrel in London.