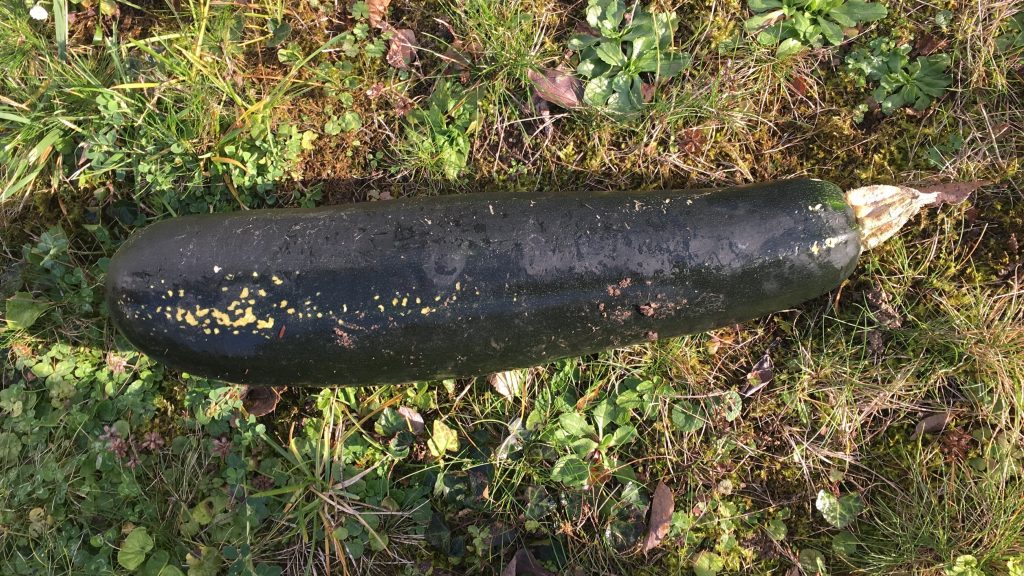 A worried resident in Germany alerted police to what he thought was a World War II bomb in his garden. Officers rushed over — and found a particularly large zucchini.

Police were summoned to the scene in Bretten, near the southwestern city of Karlsruhe, on Thursday morning by an 81-year-old man.

They said in a statement Friday that officers determined “the object, which really did look very like a bomb” was actually a 40-centimeter (nearly 16-inch) zucchini.

The offending vegetable, which was very dark in color, weighed about five kilograms (11 pounds). Police believe someone threw it over a hedge into the garden.

Unexploded wartime bombs are unearthed frequently during construction work in Germany, often forcing authorities to evacuate tens of thousands of residents while they are defused.