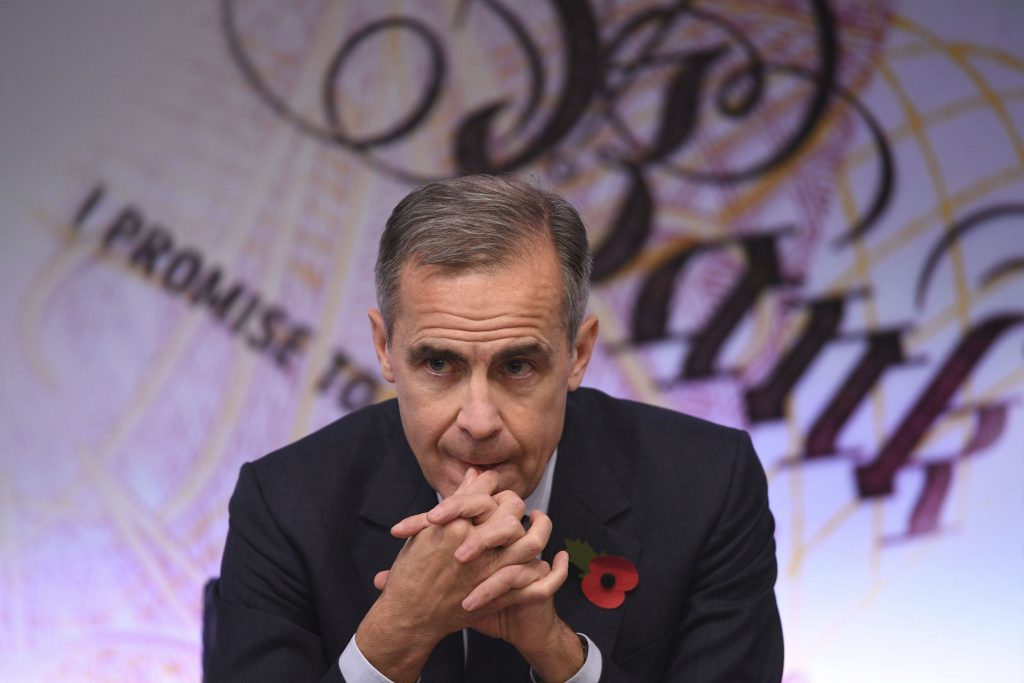 The Bank of England has raised interest rates for the first time in a decade to contain an increase in inflation stoked by the Brexit vote, in what is otherwise a moment of high uncertainty for the economy.

In a statement Thursday, the bank said it had lifted its benchmark rate, which affects the cost of loans and savings rates in the wider economy, to 0.50 percent from the record low of 0.25 percent.

The hike, which had been widely anticipated in financial markets, is the first since July 2007, when world credit markets started to freeze up in what would prove to be the prelude to the global financial crisis.

However, the impact on households and companies will likely be modest, as 60 percent of home-owners are on fixed-rate mortgages and the cost of borrowing remains very low by historical standards. A decade ago, for example, the key rate was hiked to 5.75 percent.

Minutes of the meeting showed that seven members of the nine-strong Monetary Policy Committee judged it “appropriate to tighten modestly the stance of monetary policy” to return inflation to target.

Inflation, according to the central bank’s quarterly projections, should fall towards target, to 2.1 percent, in three years — if interest rates rise in the way markets expect, to 1 percent over that period.

Despite the hike, the majority on the bank’s committee argued that “monetary policy continues to provide significant support to jobs and activity in the current exceptional circumstances” and that future increases should be gradual and limited.

“In many respects, the decision today is straightforward: with inflation high, slack disappearing, and the economy growing at rates above its speed limit, inflation is unlikely to return to the 2 percent target without some increase in rates,” said Bank of England Governor Mark Carney.

In spite of that backdrop, rate-setters were faced with a dilemma as the British economy has come off the boil. It is the slowest-growing among its peers in the Group of Seven industrialized democracies and businesses and households are becoming more cautious amid uncertainty over Britain’s future relations with the other 27 EU nations.

It’s largely because of the uncertainty surrounding Brexit that few in financial markets think the Bank of England will swiftly follow up this rate hike with another. The pound slid on Thursday, trading 0.8 percent lower at $1.3125 and 1.1 percent at 0.8866 euro.

“The cautious comments in the accompanying statement have led many to believe that this is a case of one-and-done rather than the start of a sustained hiking cycle,” said David Cheetham, chief market analyst at XTB.

All that could change, Carney indicated, if Britain is quick in getting a Brexit deal with the remaining 27 EU nations. Though Britain is officially due to leave the EU in March 2019, there is mounting pressure on the government to provide businesses with some clarity on the future following Brexit day. Many financial firms, for example, have threatened to start implementing contingency plans to set up operations in Europe or move staff and activities in the early months of next year if there is no progress in the Brexit talks.

“Of course, these are not normal times,” Carney said. “Any resolution of the uncertainty about the nature of, and transition, to, the U.K.’s future relationship with the EU insofar as it affects the behavior of households, businesses and financial market participants would prompt a reassessment of the economic outlook.”

Brexit, he added, is the “biggest determinant” of the British economy’s outlook.

Inflation has been boosted in the past year by the pound’s 15 percent fall since the Brexit vote in June last year, which raised the cost of imported goods like food and energy. That impact is a one-off, the bank conceded, and is likely to fade in coming months while higher wages and productivity grow.

Though the rate rise may not amount to much, it has symbolic value.

“For a whole generation of U.K. households now entering adulthood, it’s a small but important reminder that interest rates can move in an upward direction, even if only slowly,” said Lucy O’Carroll, chief economist at Aberdeen Standard Investments.

While the rate hike may stretch some household budgets, it will be welcome to savers, who have seen returns sharply diminished in the era of super-low interest rates. Nationwide Building Society, one of the country’s biggest financial institutions, said it will pass on the full quarter-point rise to savers.