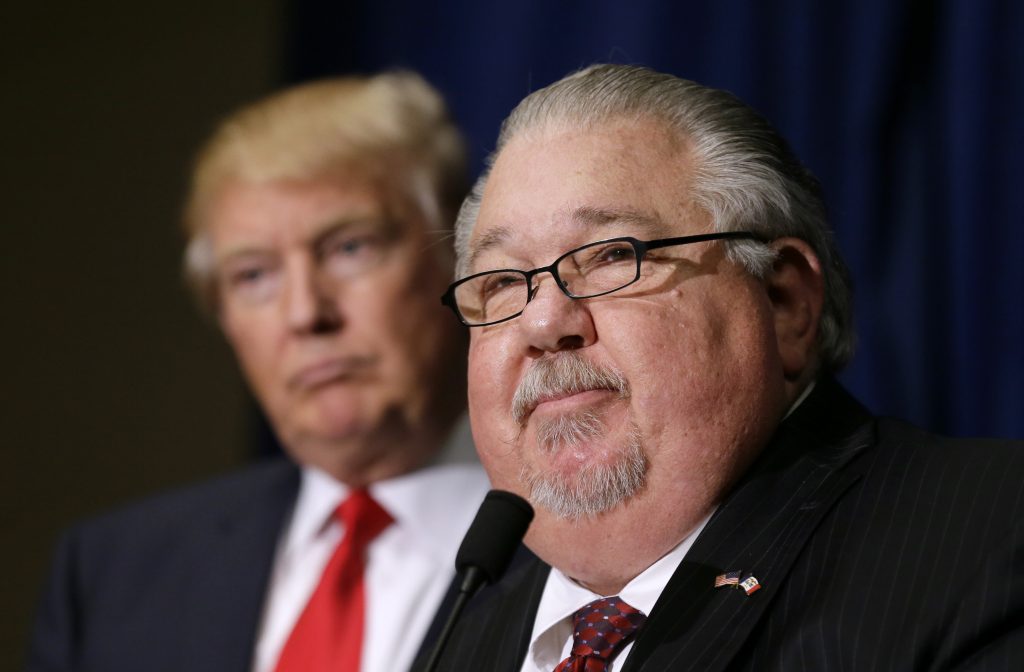 Sam Clovis, a top adviser to President Donald Trump during his election campaign, on Thursday withdrew his candidacy for a senior administration post, just days after he was linked to another aide who pleaded guilty in the probe into alleged Russian meddling in the 2016 election.

In a letter to Trump describing his decision, Clovis made no mention of the Russia controversy, but cited “the political climate inside Washington.”

“The relentless assaults on you and your team seem to be a blood sport that only increases in intensity each day,” Clovis wrote in the letter, dated Wednesday. “As I am focused on your success and the success of this Administration, I do not want to be a distraction or negative influence.”

Trump had nominated Clovis, his 2016 campaign’s national co-chairman, to a top post as chief scientist at the Department of Agriculture.

A source familiar with Special Counsel Robert Mueller’s investigation identified Clovis as the unnamed campaign supervisor in a court filing who had discussions with former Trump foreign policy adviser George Papadapoulos about efforts to improve U.S.–Russian relations and setting up meetings between senior Trump campaign and Russian officials.

Papadapoulos pleaded guilty earlier this month to lying to Federal Bureau of Investigation agents about his dealings with Russians.

“Mr. Clovis’ nomination was only withdrawn because that would certainly have been a topic during his upcoming testimony, under oath, before the Senate Agriculture Committee,” Democratic Sen. Patrick Leahy, a member of the committee, said. “I know because I was going ask him all about it to get more facts on the record and before the American people.”

Mueller’s team is probing allegations by U.S. intelligence agencies and others that Russia interfered in the election to undermine Democratic candidate Hillary Clinton and help Trump.

The inquiry also will determine whether or not there was any coordination between Russians and associates of the Trump campaign.

The Kremlin has repeatedly denied meddling and Trump has denied collusion between his associates and Russia, calling the investigations a witch hunt.

Paul Manafort, who served briefly as Trump’s election campaign manager, and business associate Rick Gates are expected to make their first appearances on Thursday before the U.S. judge overseeing a criminal case brought by Mueller.

Manafort, 68, and Gates, 45, who also worked on Trump’s campaign, pleaded not guilty on Monday to a 12-count indictment, ranging from conspiracy to launder money, conspiracy against the United States and failing to register as foreign agents of Ukraine’s former pro-Russian government.

A conviction on conspiracy to launder money alone could carry a sentence of up to 20 years in prison.

In a filing with the court on Thursday, Manafort’s attorney Kevin Downing argued that the government’s case against his client is flimsy and that the bail conditions should be softened because Manafort does not pose a flight risk.

The hearing Thursday afternoon is expected to focus on setting bail conditions. Manafort and Gates are under house arrest, released on bonds of $10 million and $5 million, respectively.

Prosecutors have said there was a risk of flight. Manafort holds three U.S. passports and frequently travels abroad.

The charges against the pair did not state any direct connections to the Trump campaign or allegations of collusion.

The hearing will be the first in the courtroom of U.S. District Court Judge Amy Berman Jackson, who was appointed by former President Barack Obama.