Politics Protocol in Asia? Trump to Use ‘Whatever Language He Wants’
Politics 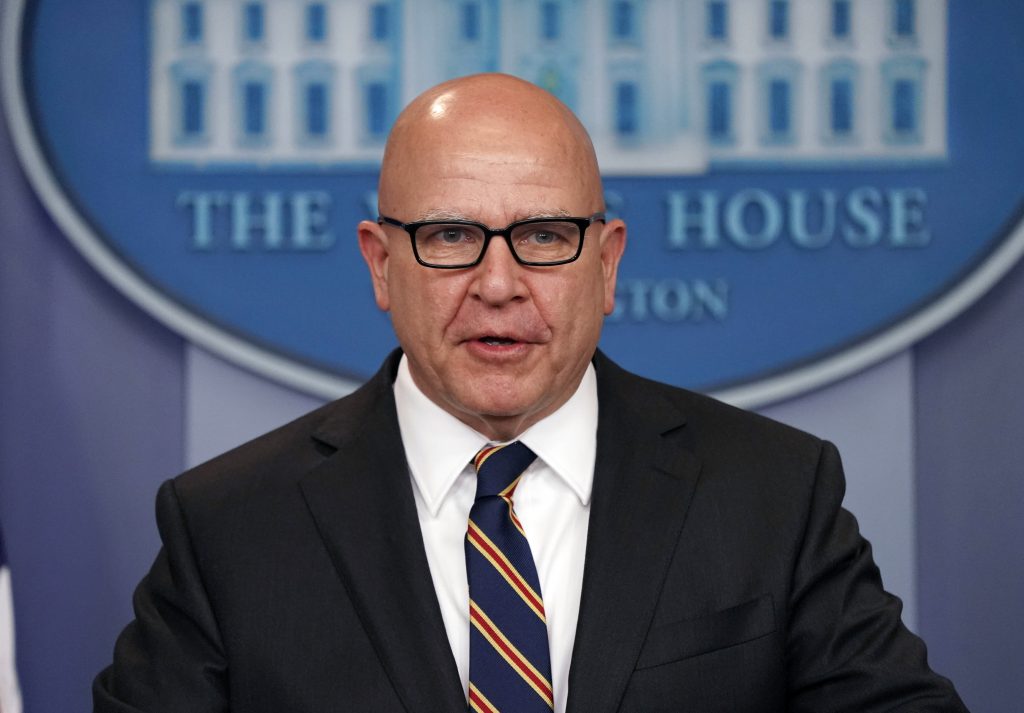 When in Asia, make sure handshakes aren’t too long — or short. Don’t bobble names or titles. Stifle the critical tweets. Don’t question the food.

These points of etiquette and protocol are part of the region’s core culture known as “face” — keeping yours, helping others save theirs. In many ways, they are the opposite of President Donald Trump’s impulsive, in-your-face style. And he’s not expected to soften it even in the shadow of North Korea, with whom he’s rattled sabers about “fire and fury” and nuclear war.

“The president will use whatever language he wants to use,” National Security Adviser H.R. McMaster told reporters Thursday, on the eve of Trump’s 12-day tour through South Korea, China, Vietnam and the Philippines. “I don’t think the president really modulates his language. Have you noticed?”

So much for the prospects of Trump and the finer points of protocol during the trip, on which he’ll be toting a hefty economic and national security agenda. But he’ll have a squad of White House and State Department officials guiding the way on other, more logistical matters in the ancient discipline of choreographing everything — from how a room is set up to who stands where — and avoiding embarrassments.

“One of the things with protocol is obviously to do no harm,” Sean P. Lawler, Trump’s nominee to be to be U.S. chief of protocol, said Wednesday before the Senate committee considering his confirmation. As the director of visits and diplomacy for the National Security Council, he will accompany Trump on the trip.

“We are the bridge,” said Capricia Marshall, President Barack Obama’s chief of protocol from 2009 to 2013.

Protocol experts say American informality frequently gets lost in translation in the traditional cultures Trump will be visiting.

On Wednesday, Trump showed signs of understanding the sensitivity. Even as he complained during a Cabinet meeting about “bad” trade deals and deficits, including with China, Trump was restrained.

“I don’t want to embarrass anybody four days before I land in China,” Trump said, before adding, “But it’s horrible.”

Among the challenges Trump faces as he heads to Asia are the complexities of the “Asian face,” a concept that’s foreign to many Americans but lies at the foundation of societies across the region.

Generally, it means making sure behavior, posture, gestures, remarks and more do not spark strong negative emotions in others, or oneself.

So, for example, Trump’s 19 seconds of shaking, patting and yanking the hand of Japan’s leader at the White House in February crossed all kinds of cultural lines. Prime Minister Shinzo Abe responded with an on-camera eye roll as Trump looked away. Trump is playing golf with Abe during the trip, according to White House officials.

Names and titles are important in Asia.

Then there’s Trump’s fondness for using Twitter to respond to comments he doesn’t like — “bing, bing, bing,” as he told Fox Business Network this month. In Asia, doing that in real time could offend the region’s cultural aversion to confrontation.

“I think you will find that they are very sensitive to slights,” said Georgetown University professor Dennis Wilder, who formerly served on the National Security Council. He cautions Trump against “any kind of tweeting” that would criticize the leader of a country he’s visiting. “I think this can go well, but he just needs to understand that ‘face’ in East Asian cultures is terribly important and he needs to make sure that he gives ‘face’ to the other leaders.”

Particularly in China, a breach of protocol can affect the content of the meeting, according to Peter Selfridge, the most recent holder of the chief of protocol post, from 2013 to Trump’s inauguration in January.

“The Chinese appreciate precision when it comes to formal diplomatic engagements,” said Selfridge. “Americans certainly welcome this as well, but are perhaps more accepting of improvisation and can even use it to their advantage.”

Trump wouldn’t be the first U.S. leader to commit a protocol faux pas in Asia.

In 2014, local bloggers huffed that Obama looked like an “idler” or a “rapper” when he turned down a chauffeured ride to the Asia Pacific Economic Conference in Beijing and arrived in his own, more-secure presidential limo, and was chewing gum, as he was known to do to fight nicotine cravings.

Trump might consider advice from his predecessors if he finds he is served something other than his favorite steak with ketchup.

Richard Nixon, the first president to open the diplomatic door to China, advised Ronald Reagan on a 1984 trip there: Don’t ask about the food, just swallow it.

“Still, I had difficulty identifying several items on my plate that first night,” Reagan wrote in his memoirs, “so I stirred them around in hopes of camouflaging my reluctance to eat them.”