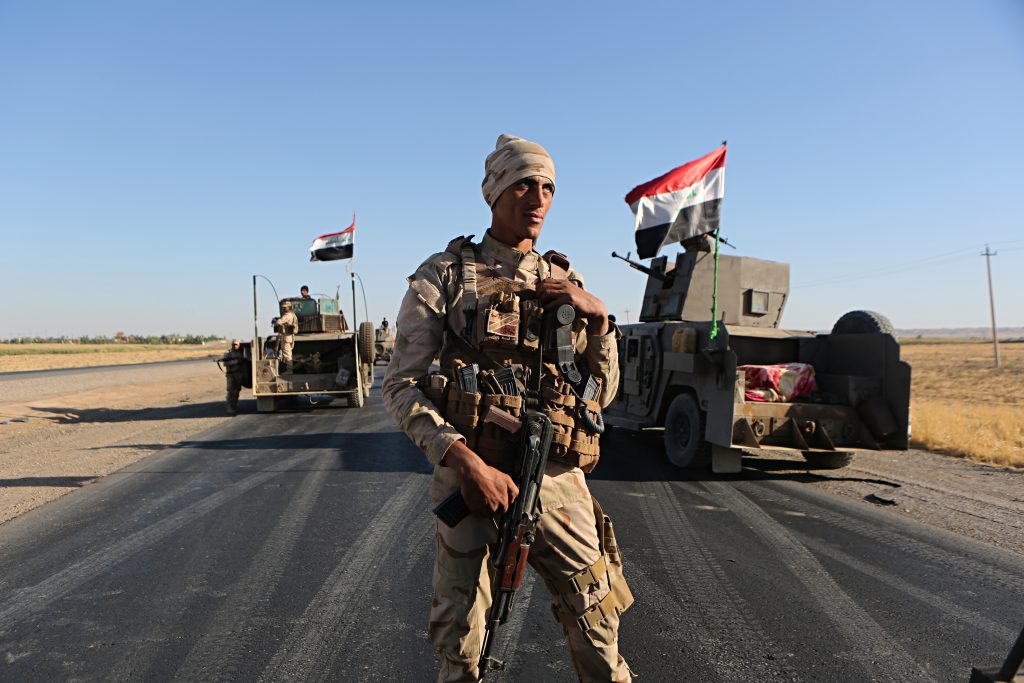 Iraq’s Kurdish region said on Thursday it had offered a joint Kurdish-Iraqi deployment at a strategic crossing into Turkey with the participation of U.S.-led international forces as part of a compromise aimed at ending a stand-off with Baghdad.

The offer was disclosed hours after the Iraqi armed forces threatened to resume military operations against the Kurds, accusing them of delaying the handover of control of borders and taking advantage of negotiations to bolster their defenses.

The central government in Baghdad has cracked down hard on the Kurds since the government of the Kurdish autonomous region staged an independence referendum on Sept. 25 that Baghdad considers illegal.

Central government forces swiftly seized swathes of Kurdish-held territory last month and have demanded control of all border checkpoints, including the Turkish frontier which has been controlled by the Kurds since the Saddam Hussein era.

Over the past week, the Kurds have tried to defuse the crisis with negotiations. The Kurdish defense department said the offer for joint control of the frontier was part of a “deconfliction” proposal made to Baghdad on Oct. 31.

Other proposals included a ceasefire on all fronts, continued cooperation in the fight against Islamic State and joint deployments in so-called disputed territories claimed by both the Kurds and the Iraqi central government.

The KRG “continues to welcome a permanent ceasefire on all fronts, deconfliction and the start of a political dialogue” with Baghdad, the Kurdish statement said.

Prime Minister Haider al-Abadi suspended military operations against the Kurds on Friday. The sides have since held talks which Baghdad says cover only technical issues, with political questions off the table unless the Kurds discard the referendum.

Iran and Turkey back Abadi’s tough line, fearing that a drive for independence could spread to their own Kurdish populations.

The Kurdish statement said the offer of a joint deployment at the strategic Fish-Khabur crossing was meant “as a goodwill gesture and trust-building exercise that ensures a limited and temporary arrangement until an agreement is reached in accordance with the Iraqi Constitution.”

Fish-Khabur is strategically vital for the landlocked Kurds as the point where oil from northern Iraq crosses into Turkey.

Iraq wants the Kurdistan region to stop exporting its own oil and hand over sales to the Iraqi state-oil marketer SOMO, the company’s director said on Thursday. Iraq is talking to Turkey to let SOMO sell Kurdish crude that arrives by pipeline, acting SOMO director general Alaa al-Yasiri told reporters.

The Iraqi Joint Operations Command accused the Kurds on Wednesday of using the talks “buy time” to strengthen positions.

“We will not allow it; the federal forces are mandated to secure (the disputed) areas and borders,” it said in a statement.

The office of the United Nations Humanitarian Coordinator in Iraq said more than 183,000 civilians had been displaced by the conflict, including 79,000 from Kirkuk city which Baghdad captured on the first day of its offensive last month.

A humanitarian official involved in the relief efforts said that more than three quarters of the displaced are Kurds.

Iraqi troops set up positions on Tuesday at the Turkish border for the first time, between Turkish and Kurdish checkpoints at Habur, the Turkish name for the road border crossing located 10 km from Fish-Khabur in Iraq.

The Turkish frontier with Iraqi Kurdistan is a critical security issue for Turkey, which says Kurdish insurgents fighting against the Turkish state shelter across it.