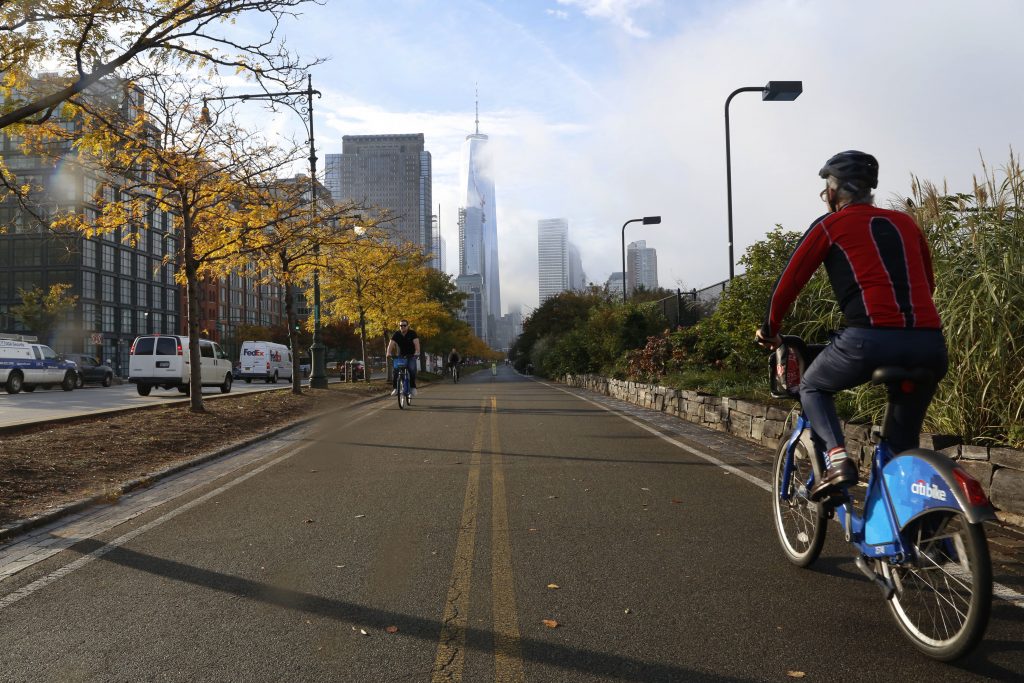 With its enormous Muslim population and reputation as a welcoming home for immigrants of some 50 nationalities, the New Jersey city of Paterson was the perfect place for the suspect in the New York City truck attack to go largely unnoticed.

Sayfullo Saipov, 29, lived there with his wife and three young children for more than a year before authorities say he drove a rented truck through throngs of people on a lower Manhattan bike path on Tuesday, killing eight people in an act of terrorism.

With one of the largest Muslim populations in the United States, estimated by community leaders at between 25,000 and 30,000 people, the city of nearly 150,000 boasts more than a half dozen mosques and many Middle Eastern and other ethnic restaurants.

Within blocks of Saipov’s apartment, Lebanese, Turkish and Mediterranean restaurants line the streets with signs in Arabic and English, serving immigrants from numerous European, African and Asian countries as well as a sizeable Hispanic population.

Saipov’s apartment complex abuts the Omar Mosque, though several members said in the interviews they had never seen him there.

Ramy Elhelw, 30, a lifelong member of the mosque, said the city serves as a kind of central hub for Muslims across the state.

“No matter where you are in New Jersey, you come to Paterson for your halal breads, restaurants, weddings, funerals,” he said.

Paterson, nearly 20 miles west of northern Manhattan, is a natural landing spot for immigrants seeking a new job or a new life, given the communal infrastructure already in place for Muslims from any number of countries, he added.

“Paterson is a melting pot of multiple nationalities,” Elhelw said. “We don’t have red lines.”

Like many former New Jersey industrial centers, Paterson has struggled in recent decades, plagued by a stagnant economy and high violent crime rates.

Neighbors near Saipov’s two-bedroom rental apartment in a 10-unit, two-story brick complex said he was a quiet man who took his young daughters to school in the mornings and spent his evenings with a small circle of friends.

Saipov moved to the United States from his Central Asian homeland on a so-called diversity visa in 2010. Three years later, according to CNN, he married a 19-year-old Uzbek, Nozima Odilova, in Cuyahoga Falls, Ohio.

Saipov’s alleged attack is not the first time Paterson has found itself in the headlines following a terror attack.

Hours after the Sept. 11, 2001, attacks destroyed the World Trade Center in New York, rumors spread that Muslims in Paterson were celebrating, though police who rushed downtown found only people in prayer. The false report lived on as an urban myth.

Saipov is also the second New Jersey man accused of a New York attack in the last 13 months. Ahmad Rahimi, who lived in Elizabeth, New Jersey, was convicted last month of setting off bombs in both Manhattan and New Jersey last fall, injuring 30 people.