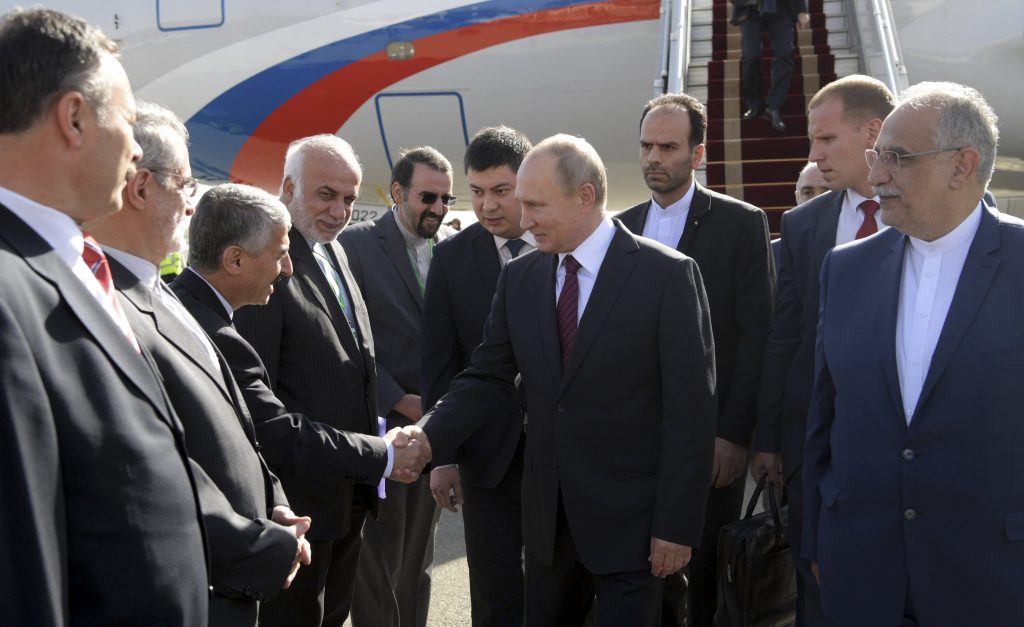 Russian President Vladimir Putin arrived in Iran on Wednesday to meet with top leaders as tension between Tehran and Washington mounts over a 2015 nuclear deal between Iran and six major powers.

State media reported that Putin would discuss issues with Iranian officials including regional crises such as the Syrian conflict, the nuclear deal and economic and bilateral ties.

Moscow and Washington are at odds over an array of issues and Russia has criticized President Donald Trump’s decision not to certify the nuclear deal on Oct. 13.

Russia and Iran are allies in Syria and the main backers of President Bashar al-Assad, while the United States, Turkey, Saudi Arabia and other Gulf Arab states support opposition groups seeking to overthrow him.