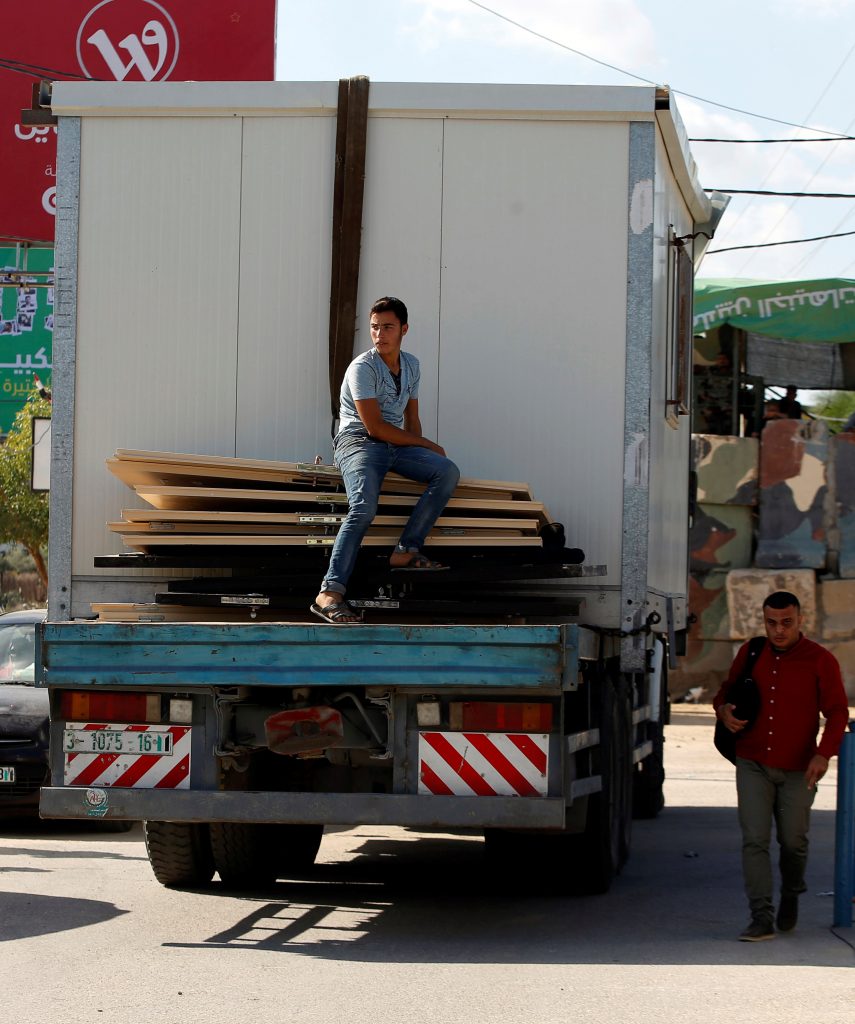 For the first time in over a decade, Palestinian Authority police on Wednesday took control of the border crossings into and out of Gaza, on the Gaza side of the border. The transition from Hamas to PA control is a central tenet of the reconciliation agreement between the Hamas and Fatah terror groups, engineered and finalized by Egypt last month after years of starts and stops. The last time PA police manned the crossings was in 2007, before the takeover of Gaza by Hamas.

For Gazans, the main impact will be at crossings into Sinai, from where they can travel to Egypt or other countries. However, those who regularly cross into Egypt may not notice any change at all; a report in Haaretz quoted Gaza sources as saying that Fatah does not have enough personnel on the ground in Gaza yet, so at least initially the crossings will still be manned by Hamas members. PA officials said they expected all services to be handled by PA officers within the next two weeks.

There is little traffic out of Gaza at the Kerem Shalom and Erez crossings into Israel, with most of the traffic consisting of cargo entering Gaza, which is handled by Israeli authorities. Hamas did not set up facilities at those crossings, but rather set them up several hundred meters away. As of Wednesday, those checkpoints were still manned by Hamas members, Haaretz said.

PA officials quoted in the report called the deployment of PA officials at the crossings “the first real test” of the reconciliation agreement between the terror groups. That agreement is still not completed, and teams from both sides are set to meet again November 21st to assess the situation and attempt to make more progress on issues that are still outstanding.