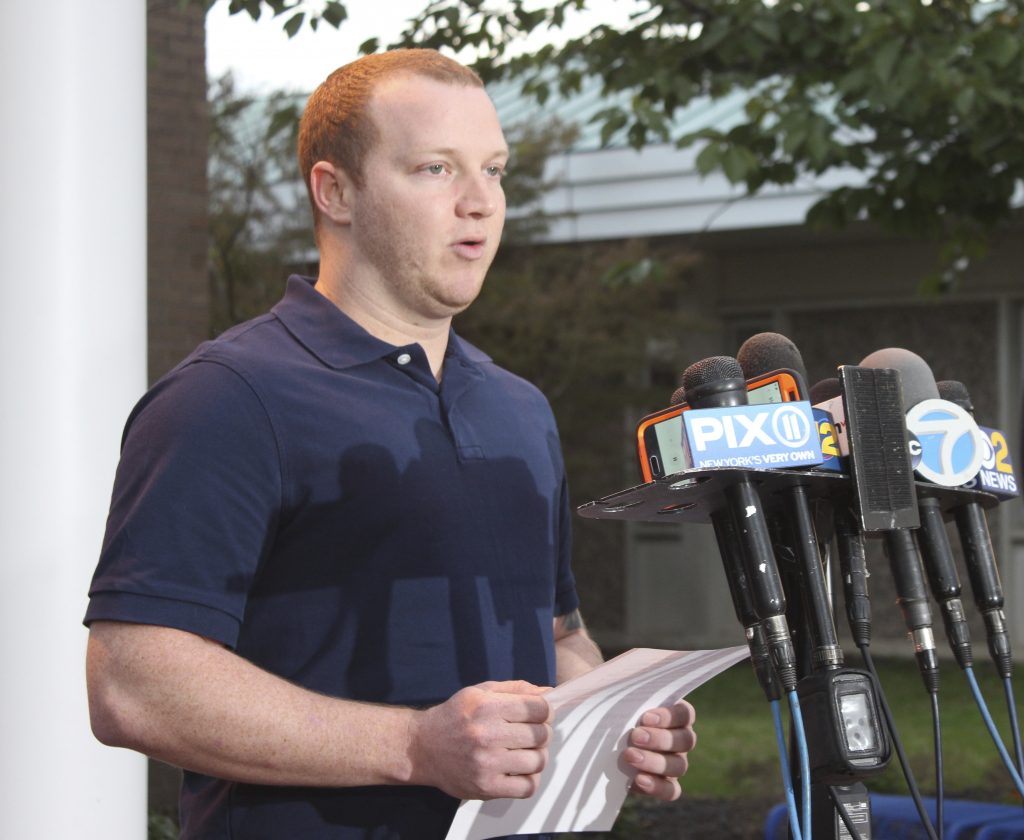 New York City’s police commissioner says the officer who shot the man responsible for a deadly rampage on a Manhattan bike path is too modest to admit he’s a hero.

Officer Ryan Nash was on a routine call at a nearby school when he and his partner were told there had been an accident outside.

The pair raced outside and encountered Sayfullo Saipov in the street, waving two firearms that were later revealed to be a paintball gun and a pellet gun.

Commissioner James O’Neill said of Nash, “I don’t think we could find a more humble human being.”

Later Wednesday, Nash read a prepared statement to the media.

“I appreciate the public recognition of the acts of myself and my fellow officers yesterday,” said Nash. “Although I feel that we were just doing our job like thousands of officers do every day, I understand the importance of yesterday’s events and the role we played, and I am grateful for the recognition we have received. I just want to thank my family and friends for their support, and all the responding officers who assisted me. However, due to the nature of the pending criminal case, I cannot make any further public statements about the incident at this time.”