World Lawyer: Ousted Catalan Leader Will Not Return to Spain to Testify
World 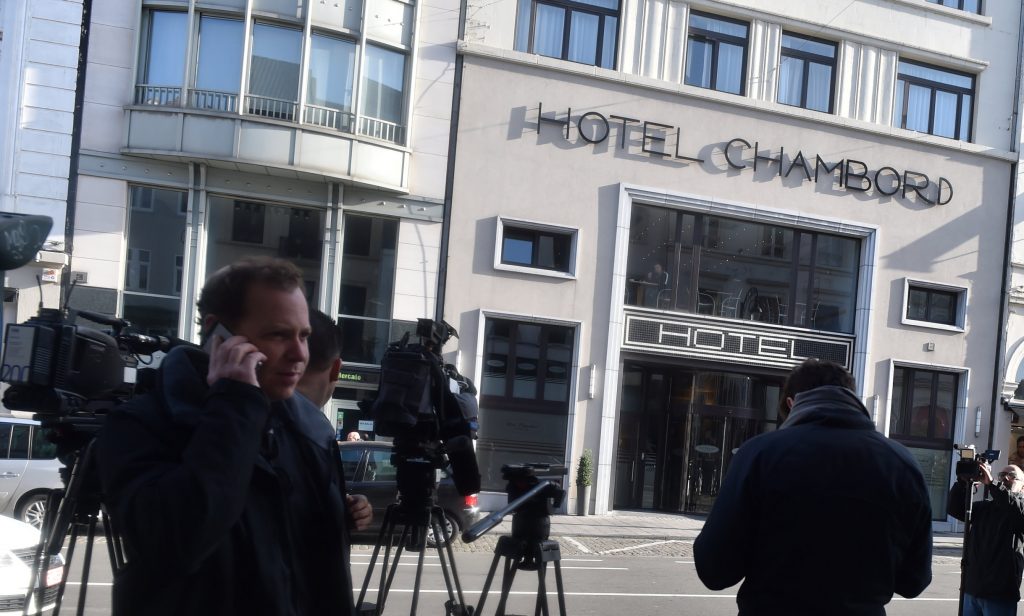 A lawyer for dismissed Catalan leader Carles Puigdemont, due to appear in a Spanish court this week to answer charges relating to Catalonia’s push for independence, said he would not return to testify but could answer questions from Belgium.

If Puigdemont fails to appear before the court, an arrest warrant could be issued that would in turn prevent him from standing in the snap regional election called by the Spanish government for Dec. 21.

There was currently no arrest warrant out for Puigdemont, the lawyer told The Associated Press.

Puigdemont and his government were sacked on Friday by Prime Minister Mariano Rajoy hours after passing a unilateral declaration of independence from Spain through the regional parliament, a vote boycotted by the opposition and considered illegal by Spanish courts.

On Monday, Spain’s state prosecutor accused Puigdemont of rebellion and sedition for organizing an independence referendum held on Oct. 1 in defiance of the Madrid government.

Puigdemont traveled to Belgium at the weekend with other members of the dismissed Catalan administration and hired a lawyer.

“(He) is not going to Madrid and I suggest that they question him here in Belgium. It is possible,” Puigdemont’s lawyer Paul Bekaert told AP, adding there were provisions in the law that allowed his questioning outside of Spain.

Spain’s High Court has summoned Puigdemont and 13 other former members of the Catalan government to testify in Madrid on Thursday and Friday on charges of rebellion, sedition and breach of trust. A judge will then decide whether those called to testify should go to jail pending an investigation that could take up to several years and a potential trial.

Three former Catalan government advisers returned to Spain from Belgium late on Tuesday and were greeted at Barcelona’s international airport by crowds chanting “off to prison”.

Puigdemont and three others were not among those returning to Spain. He said on Tuesday he would only go back to Spain when given unspecified “guarantees” by the Spanish government.

Prosecutors have asked the courts to order the Catalan secessionist leaders to deposit €6.2 million ($7.2 million)to cover potential liabilities. However, if Puigdemont and his associates do not turn up this could change and, if considered a flight risk, they could be jailed pending trial.

Attention in the crisis over Catalonia is now turning to the December election, called by Prime Minister Mariano Rajoy when Madrid took over control of the autonomous region.

Puigdemont said in Brussels on Tuesday he accepted the election and the Madrid government has said he is welcome to stand, even though the legal issue could prevent that.

Wednesday is a national holiday in Spain and government offices are closed, giving a brief respite in the crisis after a tumultuous month.