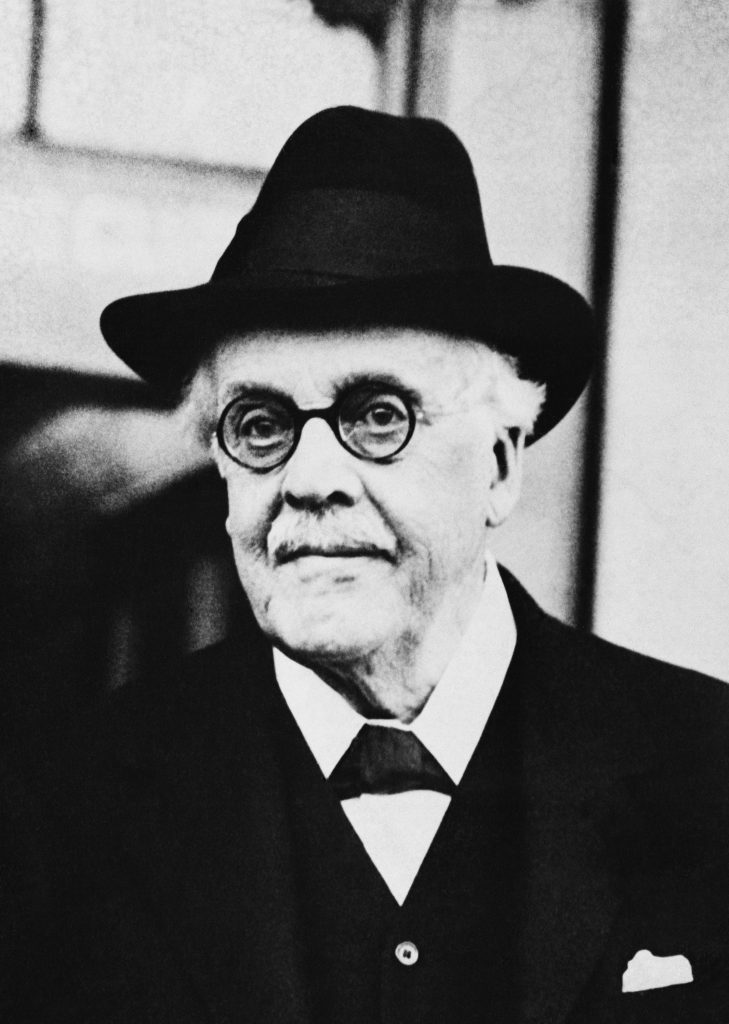 Israelis celebrate it. Palestinians despise it. The Balfour Declaration, Britain’s promise to Zionists to create a Jewish home in what is now Israel, turns 100 this week, with events in Israel, the Palestinian territories and Britain drawing attention to the now yellowing document tucked away in London’s British Library.

Historians still muse about Britain’s motivations, and its commitment to the declaration waned in the decades after it was issued. Yet the 67 words penned by a British Cabinet minister still resonate 100 years later, with both the Israelis and Palestinians seizing the anniversary to reinforce their narratives.

Each side is marking the centenary in starkly different ways, shining a light on the chasm between Israel and the Palestinians that some say was cleaved on Nov. 2, 1917.

“It’s so divisive even today because Zionists think that the Balfour Declaration laid the foundation stone for modern Israel — and they’re right to think that — and by the same token non-Jewish Palestinians and Arabs see it as the foundation stone of their dispossession and misery,” said Jonathan Schneer, a historian who authored a book on the document.

The declaration was the result of discussions between British Zionists seeking political recognition of their goal of Jewish statehood and British politicians embroiled in the First World War. Written by British Foreign Secretary Lord Arthur Balfour and addressed to Lord Lionel Walter Rothschild, a British financier and Zionist leader, the declaration promised British assistance to create a Jewish homeland.

“His Majesty’s government view with favor the establishment in Palestine of a national home for the Jewish people, and will use their best endeavors to facilitate the achievement of this object,” the declaration goes, continuing with a caveat: “It being clearly understood that nothing shall be done which may prejudice the civil and religious rights of existing non-Jewish communities in Palestine.”

British motives for issuing the declaration include imperialist political calculations meant to secure a foothold in the Levant amid the collapse of the Ottoman Empire as well as the messianism of British politicians steeped in biblical history, hoping to restore Jews to their ancestral home.

The declaration served as the basis for the British Mandate of Palestine, which was approved in 1920 by the League of Nations. The following decades saw a spike in the number of Jews immigrating to Palestine as Zionist state institutions took root. With that came increased friction with the Arab population.

Israel views the pledge as the first international recognition granted to the Jewish people’s desire to return to its historic homeland. It sees Britain as having played a supporting role in a narrative dominated by the determination, heroism and pioneering spirit of the early settlers who fought to build the state.

“While the state would not have arisen without settlement, sacrifice and a willingness to fight for it, the international impetus was, undoubtedly, the Balfour Declaration,” Prime Minister Benjamin Netanyahu said this week.

Israel is planning a major campaign meant to drive home that narrative and highlight its warm ties with Britain, an important ally at a time when the European Union has taken steps against Israel’s settlements. PM Netanyahu will mark the anniversary in London on Thursday at a dinner hosted by the current Lords Balfour and Rothschild and attended by Prime Minister Theresa May. An “anniversary concert” in London this weekend will feature British performers alongside a Jewish Israeli clarinetist and a pianist who is an Arab citizen of Israel.

The Palestinians see the declaration as the harbinger of their “nakba,” or catastrophe, the mass displacement that resulted from the war surrounding Israel’s creation in 1948. That refugee crisis reverberates across the region today, and the Palestinians have cast Israel, through the declaration and its imperialist British patrons, as a colonial enterprise.

The Palestinians, who have spent recent years seeking recognition for their state at international institutions, are demanding British accountability. They want an apology and have threatened to sue Britain over the declaration.

“We asked them to make it right, to make this historical oppression right by recognizing the state of Palestine and apologizing to the Palestinian people,” said Palestinian Foreign Minister Riad Malki. He said they have asked Britain to issue a new declaration that would be more favorable to the Palestinians, a request he said London rejected.

Protests are planned in the Palestinian territories, where thousands of students will stand in their schoolyards on Thursday demanding Britain dismiss the declaration, and in Britain, where dozens of cars will be emblazoned with posters condemning the declaration. In Jerusalem, thousands of letters from Palestinian schoolchildren are to be delivered to the British Consulate.

British graffiti artist Banksy organized an event marking the anniversary in the town of Bethlehem on Wednesday. Children wore helmets with the British flag and a woman dressed as Queen Elizabeth unveiled a curtain to reveal the word “sorry” on Israel’s Yehudah amd Shomron separation barrier.

Britain, meanwhile, has treaded lightly, casting the anniversary as a commemoration and not a celebration.

“We will mark the centenary with pride and respect, but also with a degree of sadness, as issues between Israel and the Palestinians remain unresolved,” Middle East Minister Alistair Burt said last week.

By the 1930s, a new government in Britain backed away from its earlier promise to the Zionists, with an official commission of inquiry deciding that Britain’s mandate over Palestine, with its constant internecine violence, proved untenable. The 1937 Peel Commission recommended that the land be split between Arabs and Jews. Relations between the Jews in Mandatory Palestine and Britain would further deteriorate before Israel declared independence.

Israel would later capture more territory in the 1967 Mideast war, including eastern Yerushalayim, Yehudah and Shomron and the Gaza Strip, land the Palestinians want for their state. The years since have seen repeated spasms of violence and the dwindling of hopes for peace.

“The Balfour Declaration is being used by both sides to advance a present agenda,” said Martin Kramer, a historian at Jerusalem’s Shalem College. “There are reasons for Israelis to be grateful for it and reasons for the Palestinians to regret it, but it’s history. It can’t be changed.”